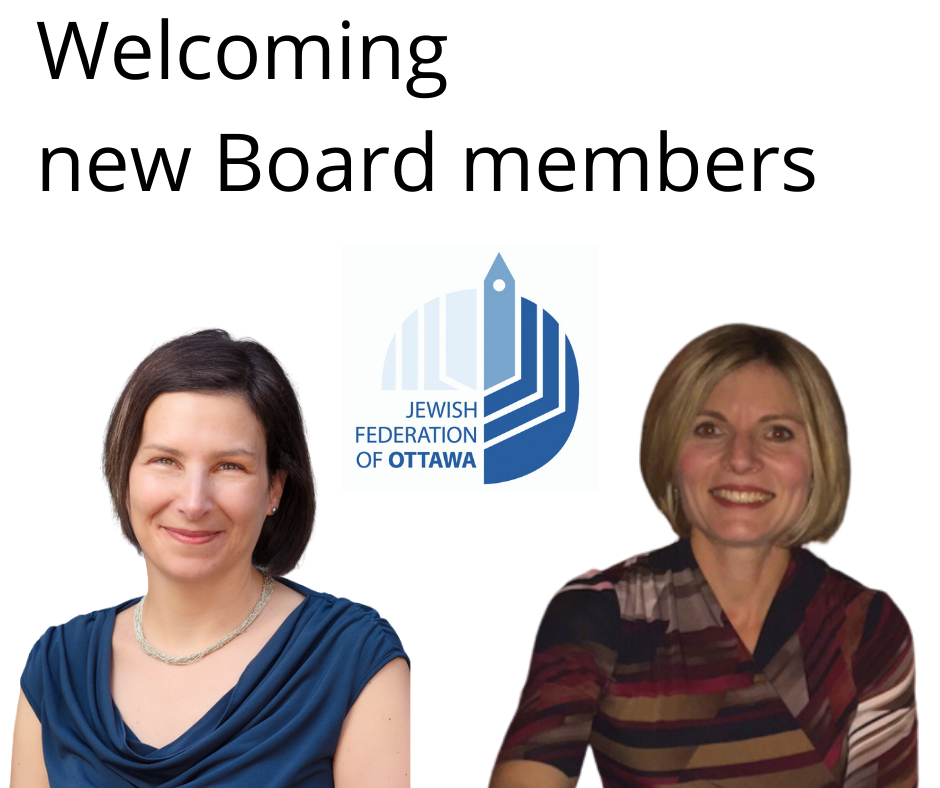 On June 16, the Jewish Federation of Ottawa will host its second virtual Annual General Meeting, which is the time when Federation not only honours the Community Service Winners, but marks a changing of the guard for the Board of Directors with two members leaving after years of dedicated service, two new members joining the team and a new chair assuming leadership.

Former Board Chair Dr. Hartley Stern ends his final term as outgoing chair after seven years of service. Stern first joined with the goal of using his years of business and healthcare board experience to help drive a “fresh strategy” to engage the Jewish community more effectively.

“I am proud of my small role working with Andrea and the management team in the development and implementation of the Jewish Superhighway initiative, which I believe is paying big dividends in our community.” Stern was chair when this new vision for Jewish Ottawa was launched. The Jewish Superhighway is a metaphor for busy, active, fulfilling, joyous Jewish life, which us accessed and intersected by a multitude of “on-ramps” and “pathways” made up of programs and projects for all ages, interests and needs.

Stern remains involved in the community and continues to work with Tamir on their Strategic Planning Committee. Stern also plans to remain available to the Federation Board and the community for specific projects, as needed. 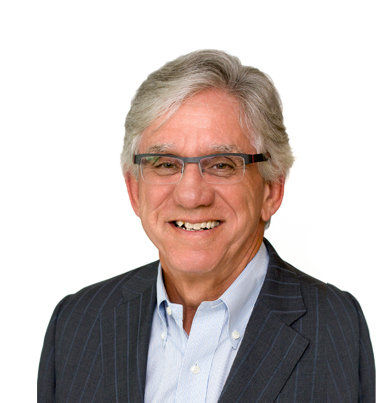 Dr. Hartley Stern is ending his board term after five years of service.

Victor Rabinovitch leaves the Board after joining in 2016 — this was his second stint, having previously served in the 1990s. In total, he was on the Board for nine years and worked on strategic planning, chaired the Allocations Committee, and has spent the last five years as Chair of the Communications and Community Relations Committee (CCRC).

“In my role as chair of the CCRC, I’ve helped staff prepare the new digital information platforms, notably the E-Bulletin and the other social media outlets. These are not easy transitions, because they involve shifting away from grand traditions, such as the printed paper version of the Bulletin,” said Rabinovitch. “But I hope the new methods of communicating, with their advantages of speed and lower costs, will carry on our Ottawa style of sharing news and views, sustaining a sense of family and community.”

Like Stern, Rabinovitch remains active in the community has been nominated as the next president of the board for Kehillat Beth Israel. 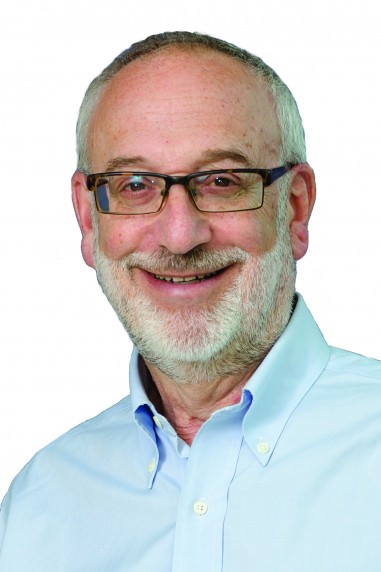 Victor Rabinovitch has been nominated as the next president of the board for Kehillat Beth Israel.

Helping to fill the Board ranks is Dr. Gillian Presner, a past Freiman Family Young Leadership and Lawrence Greenberg Young Leadership Development Award recipient who is no stranger to community involvement.

Presner had been hoping to join the Federation Board for some time, after watching both her parents be very involved in Jewish Ottawa. When she returned to Ottawa in 2008, the call became even stronger as she got more involved with the community, but it was a two-fold experience in the last five years that really spurred the decision.

“First, I experienced a medical crisis in 2016 that spurred me to think carefully about how I give and spend my time,” said Presner. “Second, my involvement in Jewish Federation of North America National Young Leadership Cabinet opened my eyes to the amazing work of the North American Federation system. I wanted to be a bigger part of it.”

Presner is leaving her board member seat at Ottawa Jewish Community School, (OJCS), but is also currently a co-chair of the Lions of Judah, one of two Ottawa representatives on the JFNA National Young Leadership Cabinet, and initiated the resurgence of Ottawa’s Young Women’s Leadership Council in 2009. The Presner family also hosted one of the Shinshinim in 2019.

As a pediatric emergency medicine specialist and mom to three young girls, Presner is determined to make the community as strong as possible for her children’s generation.

“I’d like to further Ottawa’s mission of inclusivity by welcoming all community members, regardless of age, ability, observance or other factors to take part in the Jewish Superhighway in Ottawa, and into leadership roles if that’s where their interest lies.”

Echoing the Presner’s goal of inclusivity, new Board member Alice Retik shares that she is “very passionate about vulnerable populations, mental health and well-being.”

Originally from New Brunswick, Retik is a full-time stay-at-home mom with two teenage boys. Previously Retik worked as an advanced practice nurse but made the switch to staying at home about five years ago.

“When it came to volunteering, I’ve been just doing small stints as they came, little projects. Then COVID hit and there were not a lot of activities to do … but I’ve been able to be more active in the things I am involved in because everything is online! Feeling more involved in the community than ever, I knew I wanted to do more,” said Retik.

Retik doesn’t know the “lay of the land” yet, but she’s reviewed the website and business plan.

“I’d like to educate myself more on what’s been happening and what plans are already in place,” said Retik. “Then I’ll take a look at where my skills and experiences can be most helpful.”

Along with these changes comes a new — but familiar — face to chair the Board: Ian Sherman. In his second stint on the Federation Board, Sherman served from 2000-2010 and returned as vice chair in 2019.

“As stressful as this past 15 months has been for all of us, the COVID pandemic has perhaps illustrated best, as we have seen throughout the community, the impact made by our volunteers as well as by our widespread community of philanthropic leaders,” said Sherman. “Working side-by-side with exceptional professionals in our community’s agencies and institutions, how can you not be inspired by this work?”

“We have been ‘in the trenches’ together and I believe that [these partnerships have] been forever transformed,” said Sherman. “While it may take time to figure out what is going to change permanently, or to what extent the pendulum will swing back to old habits post-COVID, one dimension that will not change is the tremendous collaboration across this great Jewish community of Ottawa.”

Approaching all these changes, outgoing chair Michael Polowin said the board is well-positioned for the future.

“One of the wonderful things about our community is the deep ‘bench strength’ we have as we approach leadership changes,” said Polowin. “Our newest Board members, Alice Retik and Gillian Presner, will bring a new insight, competence and energy to the Jewish Federation of Ottawa Board. Together with the strength of our new Chair and my oldest friend Ian Sherman, our Board is well-positioned to provide our community with terrific leadership for the next two years. As we say, from strength to strength."