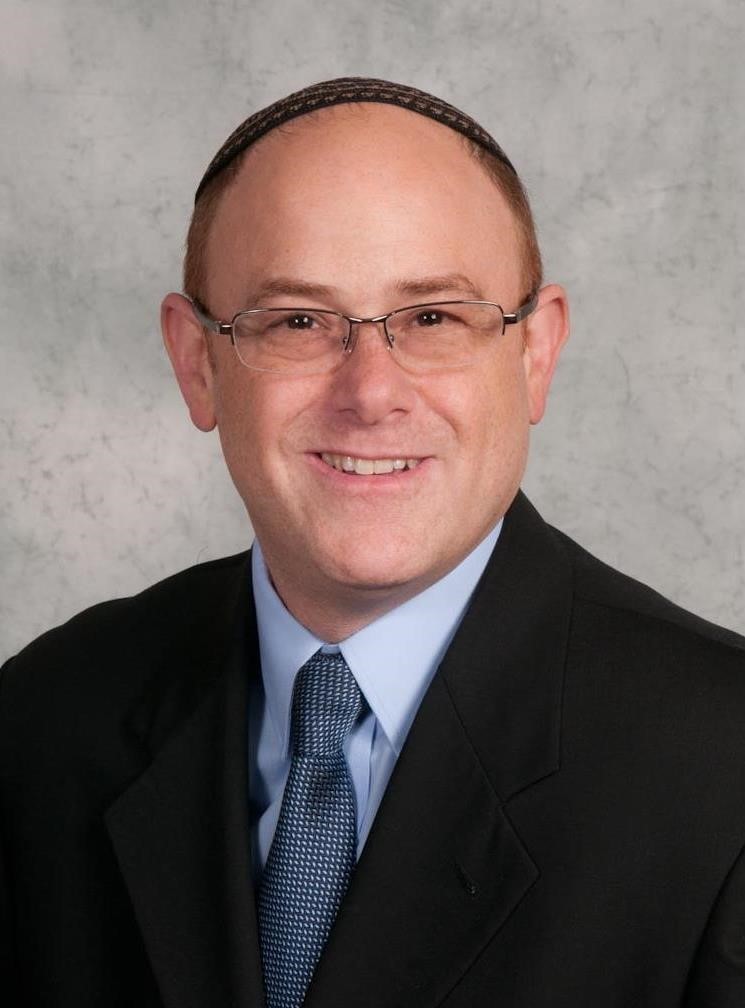 Rabbi Boruch Perton, who has been appointed head of school at Torah Day School of Ottawa, officially beginning for the next school year, was energetically moving throughout the school in early March, already working with the board and current administration to ensure a smooth transition.

Rabbi Perton is currently commuting between Montreal and Ottawa, but he and wife Raize will move here permanently in July.

“I have six children – I need energy,” laughs the rabbi, an avid marathon runner.

Rabbi Perton describes himself as a “hands-on” administrator. “There’s nothing I won’t do,” he says. “I’m actively involved to support the teachers, and to hire the most qualified, experienced and inspirational faculty to make the educational experience for the children as positive as possible.”

That includes ensuring that general studies are “exceptional, on a par if not better than other private and public schools,” he said.

“Parents sending their children to a private Jewish day school don’t want to compromise on general studies. That’s why we’ve hired a veteran administrator, Christi Lancaster, as vice-principal. I’m excited about working with her because she brings a tremendous amount of experience and success.”

Rabbi Perton holds a PhD in Talmudic law from Ner Yisroel Rabbinical College in Baltimore and has studied at rabbinical seminaries both in the U.S. and Israel. He also attended the State University of New York where he was inducted into the Phi Sigma Omicron Honour Society.

He served as the head of school at Hillel Academy (now the Ottawa Jewish Community School) from 2003 to 2006 and at Hebrew Academy of Montreal from 2006 to 2014.

“This is the first time I’m returning to a community I’ve been in before,” said Rabbi Perton, who since 2014, has been senior rabbi of Congregation Beth Zion, a large Orthodox synagogue in Montreal. “I’m returning because I enjoyed living in Ottawa so much… It feels right.”

Among Rabbi Perton’s current priorities is recruiting Judaic faculty for next year.

“We’re looking for dynamic, talented and engaging Judaic studies faculty, who can teach both text and, more importantly, inspire. Jewish schools need not only to educate, but to be fun and exciting. Children should come home exploding with excitement about what their morah or rebbe said that day.”

He is also working with the school’s board to establish a va’ad ha’chinuch (education committee).

“We want a board of education of rabbis and other communal leaders that represents the broader Jewish community,” said Rabbi Perton.

“Our goal is to take a strong school and make it an exceptional school,” said Rabbi Perton. “We have a dedicated faculty, a committed parent body, tireless and hardworking lay leaders, and a broader community that appreciates and supports the school.”

Torah Day School currently has an enrolment of about 100 students, but Rabbi Perton projects significant growth in the coming years.

“Ottawa has the potential to be a community to which Jewish families across Canada would consider moving. Where there’s a strong Orthodox elementary school and Orthodox high school. We look at the significant potential growth of the community as being linked to the school,” he said.

Rabbi Perton is available to meet with parents interested in learning more about Torah Day School. He can be reached at rabbi.perton@torahday.ca.