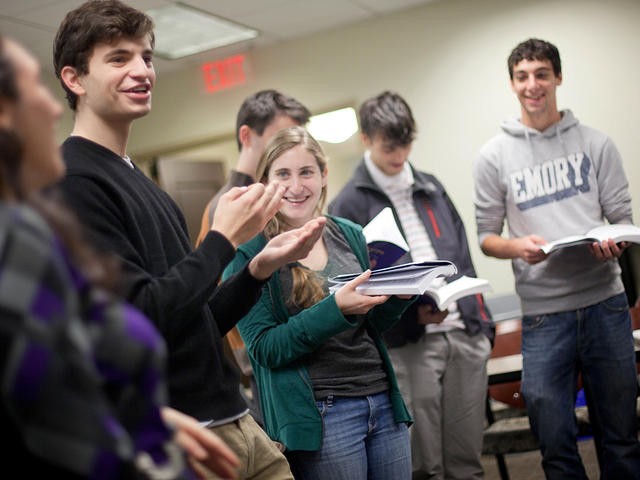 On March 30, Sue Potechin quietly stepped into her new role as the adult education and cultural program manager for the Soloway JCC, after years in teaching — in fact, she’s still operating as principal of Temple Israel Religious School (TIRS) until the end of June, to finish out what’s been an already tumultuous school year.

“It was a hard decision for me because my whole heart has been in the principal role,” said Potechin about the move. “I’m a child of a founding member, I’ve been the principal for six years … it was a lot like being ‘at home’.”

The decision to step into the SJCC role was not taken lightly.

“I have a lot of experience not just teaching kids but also in teaching adults, so I felt like this was a good time to shift back to that, to delve into higher level education again, but stay rooted in the community,” said Potechin. Potechin has been working in the Jewish community in some capacity for the last 20 years — and started teaching at Temple in 1988.

Not only is it a shift in perspective, Potechin knows she had big shoes to fill after the retirement of Roslyn Wollock, who held the position for 17 years.

“I knew Roz and what she’d been doing. I know how amazing her work was,” said Potechin.

Maxine Miska, the SJCC program director, echoed Potechin explaining that “Roslyn’s work expanded the cultural and educational reach of the SJCC and enhanced the appreciation of the SJCC in the Jewish community.”

For Potechin, she hopes to build on the current programming opportunities and even go beyond the Jewish community to engage all those who enjoy the facility.

“First, what can I do to bring back some of the programming that was lost to the pandemic?” Potechin said that’s her first priority. Especially interested in music, Potechin also wants to look at what opportunities may exist for cultural programming in language, literature, and the arts.

“I’m also very interested in the impact of the past on our present, to see where that can take me. It could be iconography from the medieval period and how it influenced Jewish art today,” listed Potechin as a few examples. “I’d like to look at how communities have disappeared from a variety of circumstances.”

Previously, Spanish classes were offered through the SJCC. Potechin wants to bring that back — and go further.

“We have our Yiddish Circle and it’s a fabulous program and I hope that that will continue … but what other languages are interesting to people? French? Sign language?”

Potechin said she’s very much a “partnership” kind of person, open to taking any opportunity to provide programming to the SJCC community at large.

“You want to take as many opportunities as you can to take in as many people as you can, regardless of denomination or religion. The SJCC, it’s the Jewish community building, but a large number of our members are not Jewish,” said Potechin. “It’s been a really tough year for the JCC and I want to bring life back into it.”

A lot of that goal roots from how Potechin was raised — heavily involved in community and armed with education.

“My parents taught me the value of battling anti-Semitism with knowledge,” said Potechin. “Be involved, don’t step back and let it happen, go at it face first. Stand up and educate people, so that the ignorance goes away.”

While stepping into a community programming role during a global pandemic is a bit of a strange situation — especially because Potechin’s a hugger, she’s ready for the challenge.