He shoots! He scores! Bruce Engel joins the 500 Goal Club

Bruce Engel has joined an elite group of hockey players in the 500 Goal Club. Although most of us think of the 500 club as only including NHLers, Bruce brought many of his “fans” along on a ride this hockey season – his drive for 500.

Since starting his hockey career on Fraser Street in Chomedey (in Laval, just north of Montreal) and finding time to learn Canada’s coolest game at the rink at Kennedy Park there, Bruce has been tracking his goals since Day 1. In September, Bruce, who turned 56 last month, realized that in his almost 50 years of hockey he had more than 480 goals. So with each Thursday night pick-up game or Monday night Jewish Men’s Hockey League game, Bruce updated his friends, family, and fans with how many goals he scored, assists to teammates and final game outcome of wins/losses.

Quickly his fan base grew and people were talking about Bruce closing the gap to 500. There were the usual debates of “How does he know how many goals he’s scored?” or “Do you count non-league games?” and “Are we really talking about this?”

And thanks to friends like Tony Greco, Bruce was receiving video good wishes from current and former NHLers including Flyers captain Claude Giroux, Canadiens assistant captain Paul Byron, NHL alumnus Dan McGillis, and many more. When Bruce was within two goals of the 500 Club, he had videos uploaded from some of Ottawa’s rabbis wishing him well, wishing him success on reaching 500-plus goals, and of course, adding the appropriate blessings.

One of the highlight videos came from Hockey Hall of Famer Darryl Sittler who retired 16 goals shy of the 500 (NHL) Goal Club, but did set a record on the eve of Bruce’s 13th birthday in 1976 scoring 10 points in a single game (six goals and four assists). To date, no scoring legend including Sidney Crosby, Alex Ovechkin, Mario Lemieux, Wayne Gretzky or Bruce Engel have matched Sittler’s “10 point night”. Bruce has another goal to shoot for.

On February 7, Bruce’s birthday, playing on a line with Eric Zunder and Lewis Miller at a Thursday night pick-up game, it happened. Scott Miller was playing defence and passed the puck to his son Lewis who then dished the perfect pass to Bruce. Bruce took the puck and fired it past Ari Cherun, who will always be known as a great son, husband, father, dentist – and the goalie who was in nets when Bruce scored his 500th goal. He shoots! He scores – his 500th! 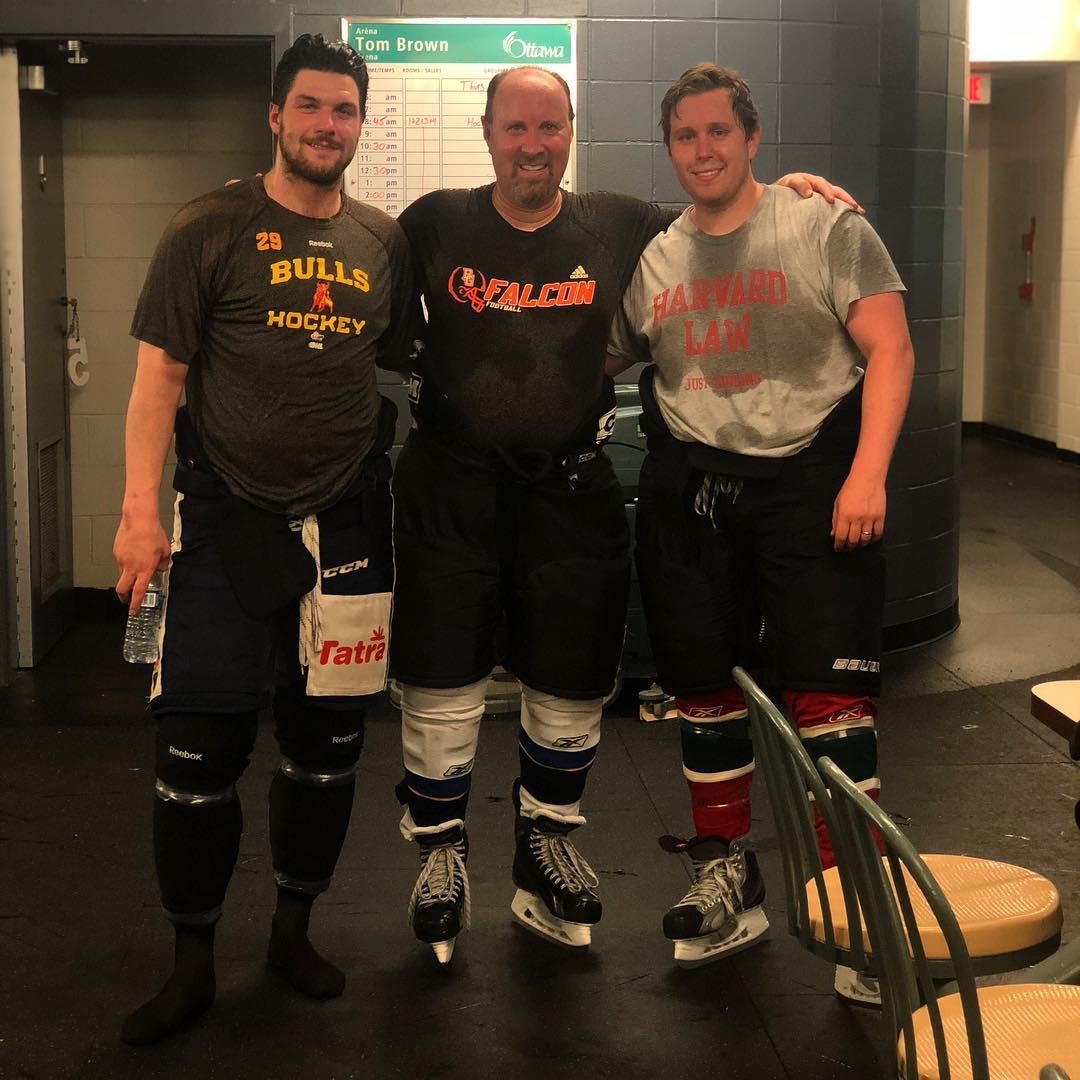 “It’s amazing how hockey brings people together,” Bruce said when asked about the highlight of his 500-goal journey. “So many people have been sending me good wishes and getting in on the fun. I couldn’t have done it and enjoyed it the way I did without all of the great guys who I get to play with on Monday and Thursday evenings, and all the leagues I’ve played in for the last 50 years. One of the best parts of playing in a beer league is when someone on the opposing team high-fives you for making a nice play. I will always remember the games I got to play with my son Matt and future son-in-law Jake, but best of all, was seeing Bonnie in the stands at Merivale Arena cheering me on.”