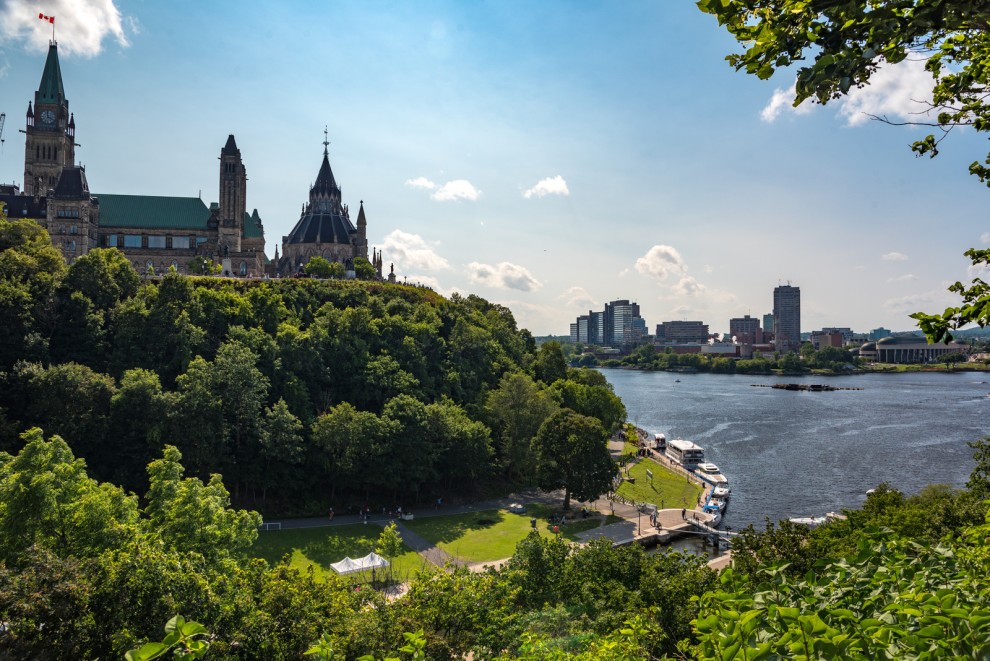 Where is the best place to live your Jewish life? Ottawa, of course! And the proof is now online in a special website that showcases all Jewish Ottawa has to offer from synagogues and Jewish education to neighbourhoods and residents’ heart-felt testimonials.

Stacey Goldstein started the ‘Choose Ottawa’ program after friends kept reaching out to her and her husband asking them about their lives in Ottawa, along with questions about the Jewish community here.

“We kept having these one-off conversations,” said Goldstein. “Once we realized there were so many people who were interested in the life we have here, we thought we should do something more concrete.”

Goldstein grew up in Toronto, so she knew what it was like to move to Ottawa without an understanding of the Jewish community here. In 2017, she made up some flyers and they headed to Toronto to meet with interested families, holding an info session so people could ask questions.

From that initial conversation four years ago, Goldstein said a handful of families have ended up moving to Ottawa. She knew she needed a website to make the program even bigger, and so applied for an Innovation Grant from the Jewish Federation of Ottawa in 2019.

“I wanted something we could put out to the world and say ‘Look at us, look at what we have here!’ I think people are surprised at the infrastructure we have in Ottawa, with our schools and synagogues and the community centre.”

Unfortunately, the website fell by the wayside in 2020 due to the COVID-19 pandemic, but Goldstein’s spent the last few months multitasking with a four-month-old in her arms to get it ready to launch.

“Such a big part of Choose Ottawa is getting people to come and see it — we’d invite them for Shabbat, show them around and give them tours of all our spaces. We’ve not been able to do that in the last year, so this website will help us show our best,” said Goldstein.

“We’re really hoping … we can overcome the perception that we’re boring or too government or run-of-the-mill.”

Goldstein said a big draw to the Jewish Ottawa community is how vibrant and diverse it is here — in addition of course to the great outside green spaces in the city and the more-affordable cost of living than other big cities, like Toronto.

“We have so much, for so many different types of Jewish people. This website has to show everything, and it does,” said Goldstein. “As a city, despite all these differences, we’re so unified. We have such an amazing community feel, even though it’s a big city.”

An example of one of the testimonials is a moving description of Ottawa life from the Scher family: “Ottawa is truly one of the most warm and welcoming communities we have been part of.

After deciding to move from Chicago in 2015, my husband and I worried that our family would have a hard time fitting into the seemingly close-knit Ottawa community. We were shocked and touched at the immense welcome we received. From meal invitations, care packages, playdates, and even offers of babysitting (in order to help us unpack), we truly felt like we hadn't just joined the community but have been a part of it all along. We have now been here almost six years and it feels as if we were never anywhere else. Ottawa isn't just another community; it's a family.”

The website was built by a team of volunteers and Goldstein said anyone interested in supporting the Choose Ottawa vision is welcome to get involved. Beyond that, being a great advocate by sharing the website — and your own personal story of finding community in Jewish Ottawa — would also be a great help.

In addition, the website was fully funded for its first year with the Federation grant, but will need funding to continue and to expand. Anyone interested in helping fund this endeavour can contact Goldstein directly through the site.

“We want to grow the city, so we can keep growing our infrastructure. I have kids in the day school, I want them to have more classmates, more community of their own, so they have a strong future here,” she said. “I want to know that five or 10 years from now, Ottawa is just as vibrant or even more vibrant than it is right now.