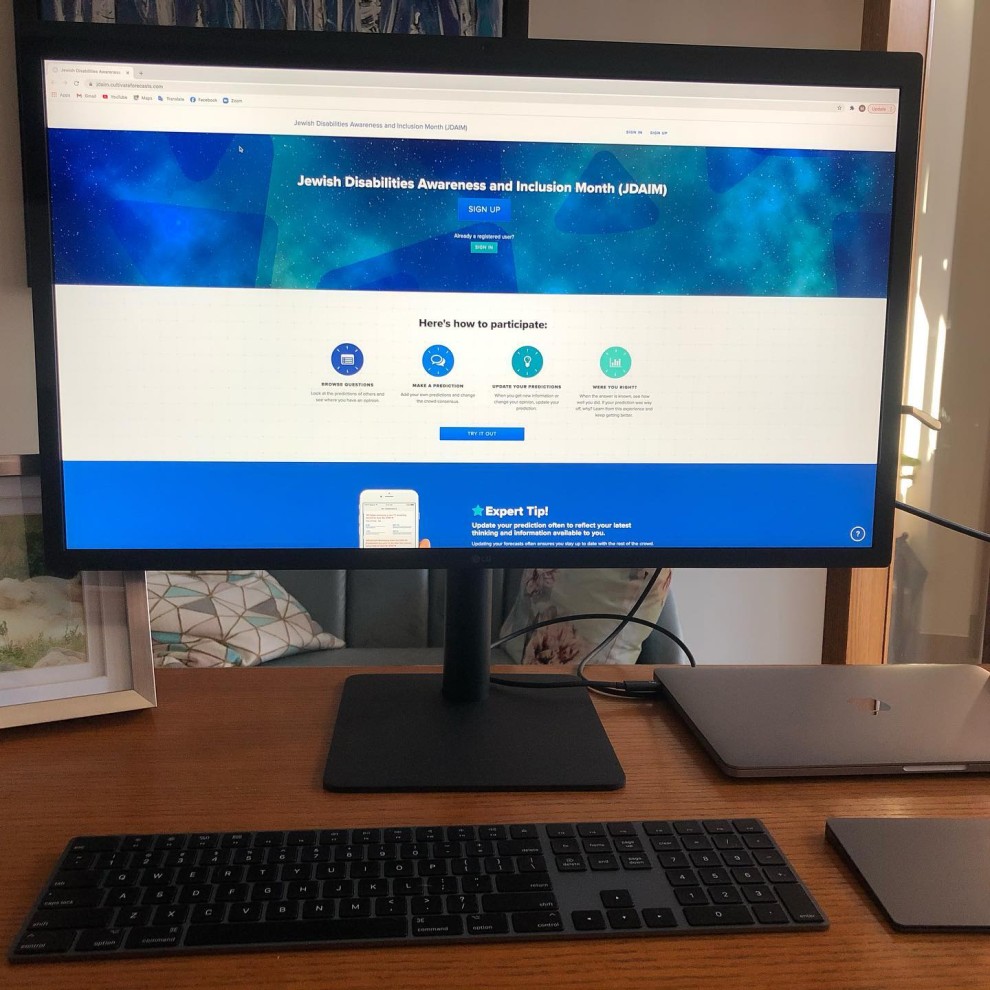 About 3,000 people in the Ottawa Jewish community alone have a disability — mental or physical. And sometimes, those people feel like they are not fully included in all that the community has to offer.

That is why, for February — also Jewish Disability Awareness and Inclusion Month — a group of Ottawa organizations invited people to participate in community conversations via a short online survey. The trends resulting from the survey are being analyzed as you read this and will be presented to Ottawa Jewish agencies to start the conversation of how to spark change.

“This conversation is coming at a good time,” said Tal Palgi with Jewish Family Services Ottawa. Palgi works mostly with people with mental health challenges, so has been around those who feel excluded. Palgi also sat on the committee which brought the JDAIM Conversations to life.

Madelaine Werier, representing the Jewish Ottawa Inclusion Network (JOIN) and speaking as a parent advocate on the project, said the community conversation was extremely insightful.

“The platform was excellent and many people from the disability community participated, often sharing fairly personal insights on inclusion barriers and their dreams for a better future,” said Werier. “It was great to see how people shared ideas, priorities, and built upon the ideas posted by others.”

Werier said while overall the conversations were excellent, one element of participation was disappointing.

“Although the quality of engagement was excellent the quantity wasn’t as robust as we would have liked. Despite personal and direct invitations to participate, very few community professionals and leaders participated in the conversation,” said Werier.

“It can’t always just be the marginalized folks doing the work towards inclusion. It needs to be a community effort, which means engaging in meaningful conversation with people who are struggling. I’m thankful for the folks who logged on to read the comments even if they didn’t have anything to contribute.”

Palgi agreed, noting that the next steps in any movement like this must come from above.

“We also need leadership — it has to come from those who can make a broader reach — rabbis, the synagogues,” said Palgi. “It’s a big conversation. It’s not going to happen in one day — this is just the beginning.”

Tamir spearheaded the launch of the project and Executive Director Risa Plotnik said the next steps are to present the results to community agencies.

“We’ll have another conversation with these families and these individuals to come up with an action plan,” said Plotnik. “We will ask ‘How do you feel we should move forward?’ I think the Jewish community is open and able and willing to include everyone — but maybe we’re not doing it right.”

The team coordinating the Conversations thanked everyone for their participation. The results of the surveys will be made available to the public shortly.