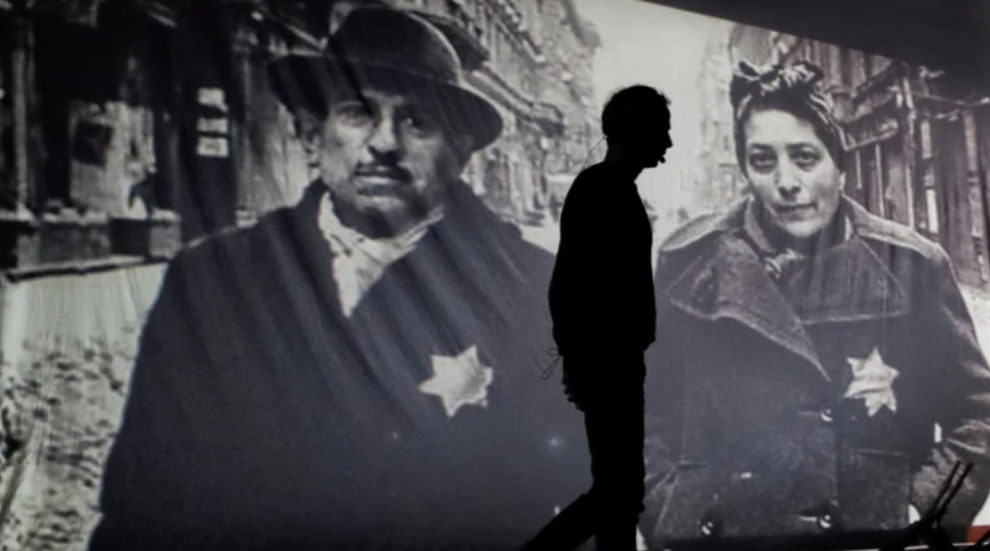 Jewish communities across Canada will come together on Thursday, April 8 at 7 p.m. EST to commemorate Yom HaShoah 2021, Holocaust Remembrance Day. The virtual ceremony honouring the victims of the Shoah will pay tribute to Canada’s diverse community of Holocaust survivors.

Locally, the Shoah Committee of the Jewish Federation of Ottawa has organized many different Yom HaShoah commemorations over the years from programs featuring talks by Holocaust survivors, prayers, songs and readings, with special memorial candle-lighting to the viewing of a Holocaust-themed films and guest speakers. This year, as part of a national project, the Cross-Canada Commemoration of the Holocaust will include a memorial of local survivors of the Shoah who passed away during the 2020 pandemic. (You may register for the event here.)

Carlie MacPherson, librarian at the Greenberg Families Library, sits on the Shoah Committee and has been studying the Holocaust for as long as she can remember.

“I’m the granddaughter of two Polish survivors who didn’t want to talk about their experience, so this committee was a perfect fit,” said MacPherson, who has a Master's degree from the University of Ottawa in Holocaust Studies, and was mentored by Jan Grabowski, the University of Ottawa History professor whose research on Polish complicity in the Holocaust has been the subject of Holocaust distortion and caused international concern.

She’s hoping more and more people will be interested in engaging with and sharing the stories put together, especially people in younger generations.

“As these generations pass on, we want to make sure people are still seeing and hearing about these stories and encouraging others to understand just how important this is,” said MacPherson. “Especially now as we see upticks in antisemitism and racism. It’s more important now than it’s ever been.”

According to Statistics Canada, the Jewish community is consistently the most frequently targeted by hate crimes, with a 63 per cent increase from 2016 to 2017. In fact, an antisemitic hate crime occurs in Canada, on average, once every 24 hours.

This February, the Ontario government promised $2.6 million in funding for community-based programs to combat hate-motivated crimes over the next two years, a move the Centre for Israel and Jewish Affairs (CIJA) applauded saying “CIJA commends the Government of Ontario for investing in this vital initiative that will enhance the safety and security of vulnerable communities throughout our province.”

With hate crimes and online hate such an immediate concern, learning lessons from the Shoah is even more important and relevant today, explained MacPherson.

“I would try to impart on young people that although the Shoah happened to the Jewish people, these kinds of things can happen to anybody — and are happening right now,” she said. “We can’t change the future if we don’t understand the history of the past.”

And according to MacPherson, not all the stories are stories of sadness.

“I try to pull out the lessons that can be taken on a lighter note. Memories don’t have to be sad. Sharing memories can bring a lot of joy,” she said.

For this very reason, the upcoming Yom HaShoah Cross-Canada Commemoration showcases the voices of our youth, who respond to the question “why learn about the Holocaust?” Students from our local Jewish day and supplementary schools (the Ottawa Jewish Community School and Temple Israel Religious School) are included in this national commemoration and remind us just how important Holocaust education is.

“The best thing to do is to share — don’t let these memories sit on the shelf,” said MacPherson. “The more the public can get involved in the conversation the better.