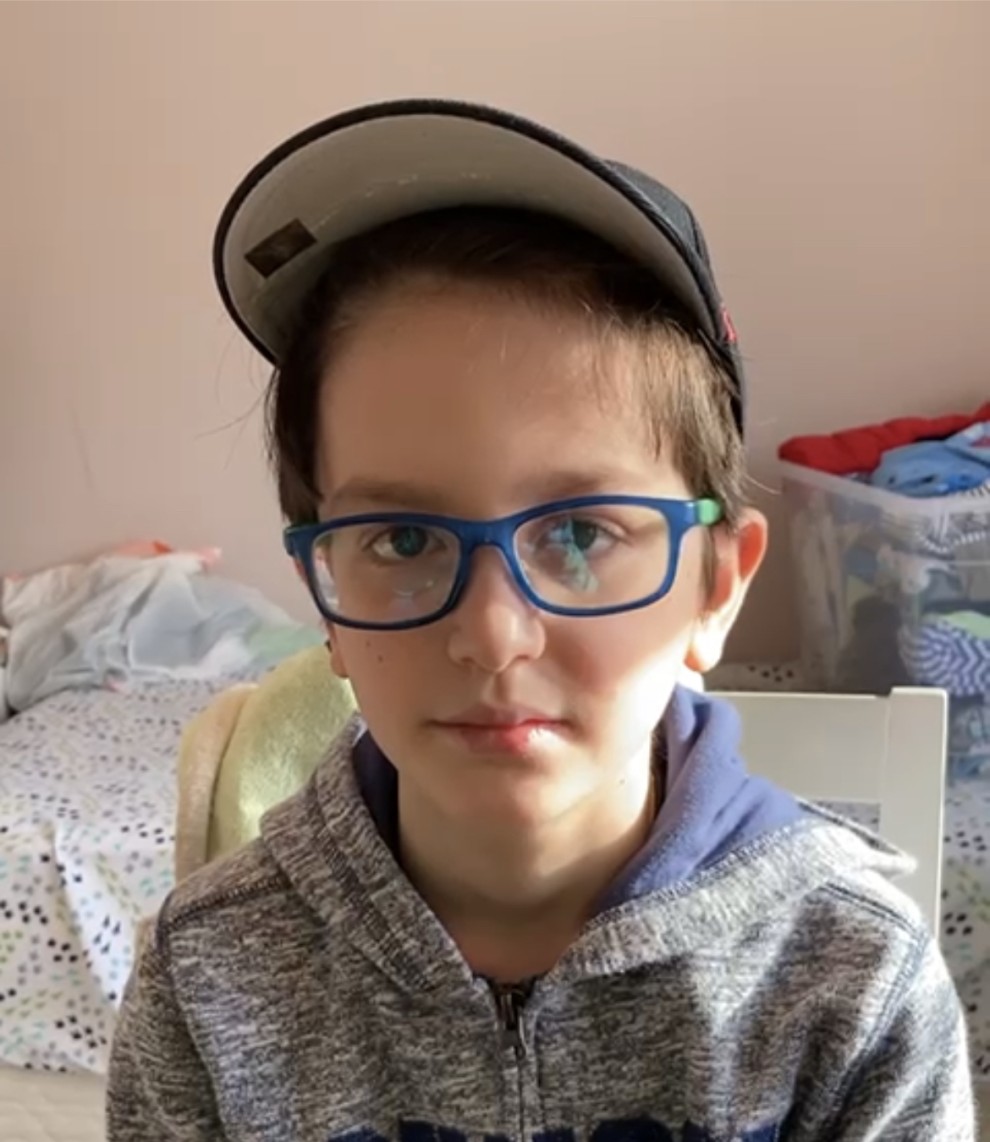 Moshe Goldstein (pictured) is excited to finally be able to play hockey.

Shabbat-observant youth will finally have a chance to take part in a classic Canadian form of recreation: hockey.

Ice rink schedules often mean that youth hockey leagues take place on weekend mornings, which means families who attend synagogue services on Saturday have limited access. Justin Levine, working with Rabbi Idan Scher and other community members, along with Next Gen Hky organization are going to change that.

“Last season, I know of one family who couldn’t play because it was Saturday-Sunday and the association said they shouldn’t take a full-time spot,” said Levine — even though the family was willing to pay for full time.

Levine’s coached hockey for three years, so it’s not the first time he’s encountered this situation. Thanks to conversations with Rabbi Scher, of Congregation Mackzikei Hadas, and a generous microgrant from the Jewish Federation of Ottawa, the Schtick Handlers Hockey Development program was born.

“The Ottawa Jewish community is pretty spread out,” said Levine. “There are families all over the place … Westboro, Nepean, Barrhaven. With this program, we hope to bring Jewish kids from across the city together to play.”

It won’t be a formal hockey school or association. While Levine said any coach would “love to say they’re developing future NHL stars,” that’s not the goal.

“It’s friendly and non-competitive, with games like freeze tag to develop skills on the ice to get the kids moving and learning more about how to play hockey.”

Moshe Goldstein, age 10, said that the non-competitive aspect is important to him. He’s signed up to participate in the new hockey program, having never gotten to play before.

“I think it’s great that there are kids of different levels and it’s not competitive,” he said. “I’m excited because I’ve never done hockey before ... it’s usually on Shabbos, so this is great for me.”

Schtick Handlers has partnered with Machzikei Hadas to run registration, and possibly include a minyan during the Friday morning hockey session.

The partnership with Next Gen Hky was crucial to finding the ice time and arranging the contract with the city.

“When Levine approached us with this idea, we were thrilled to be a part of it,” said Evan Brownrigg, COO & Director of Player Development.

“The reality is recreation plays a large role in kids living healthy and happy lifestyles and the importance of this is even more prevalent now with some of the obstacles players have faced these past few years due to COVID. This program will allow the opportunity for players to be active and grow their love of the game of hockey while receiving some skill-specific coaching. Our attraction to coaching has always been that it allows a platform to be a positive influence on players, whether big or small, and this program allows us to continue to expand our reach while continuing to grow this great game.”

The newest challenge for the Schtick Handlers is the current Ontario shutdown. The start date was supposed to be January 14, but the series will be rescheduled.

“I’ll still get it off the ground even if it’s in a condensed format,” said Levine. “The more positive experiences we can generate for children the better, especially something that involves skill development and moving.”