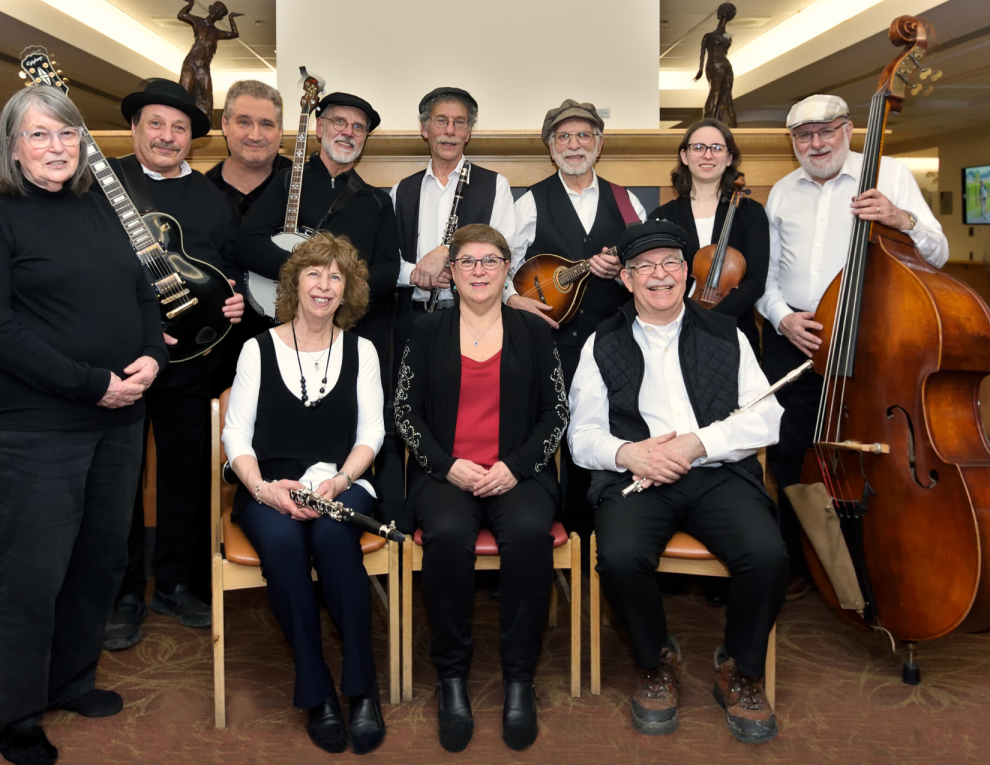 By Paul Adler and Irwin Brodo -- For Klez 13

Klez 13, the 13th annual klezmer show in support of the Ottawa Kosher Food Bank, will be held Sunday, April 5, 3 to 5 pm, at the Soloway Jewish Community Centre (SJCC).

UPDATE (March 15): Klez 13 has been postponed until the fall. The new tentative date is Sunday, October 18.

Ottawa klezmer band A Touch of Klez will again be providing the music. Shaina Lipsey, Rabbi Elizabeth Bolton and Cantor Jason Green will sing Yiddish songs and Miriam Tepper and Seymour Shlien of the Ottawa International Folk Dancers will lead the dancing.

There will also be a huge silent auction and special raffle at Klez 13 to help raise additional funds for the Ottawa Kosher Food Bank. Over 50 items will be auctioned with values ranging from $18 to $2,500, including passes to various Ottawa museums, rounds of golf, gift cards, art works, baked goods, National Arts Centre tickets, golfing and a two-week starter session for a new family at Camp B’nai Brith of Ottawa. The silent auction will be set up outside the entrance of the SJCC social hall. Bidding will close at 4:45 pm and Visa and Mastercard will be accepted for auction payment.

If you would like to donate an item for the silent auction, contact Anita Rosenfeld at arosenfeld@rogers.com.

The Ottawa Kosher Food Bank (OKFB) plays a vital role in our Jewish community. With poverty in the community on the rise and with increased costs of buying food, more than 150 clients – including many seniors and recent immigrants to Canada – rely on the OKFB.

We invite members of the community and businesses to become sponsors of this important and fun-filled event. If you would like to become a private or corporate sponsor, contact Paul Adler at psadler@psadler.com.

This promises to be a lively musical afternoon of dancing and singing. Bring friends and neighbours to Klez 13 at SJCC on April 5 to welcome the spring with music and dancing, all in support of the OKFB.

Admission at the door to Klez 13 is $15 (adults) with kids 12 and under admitted free of charge.