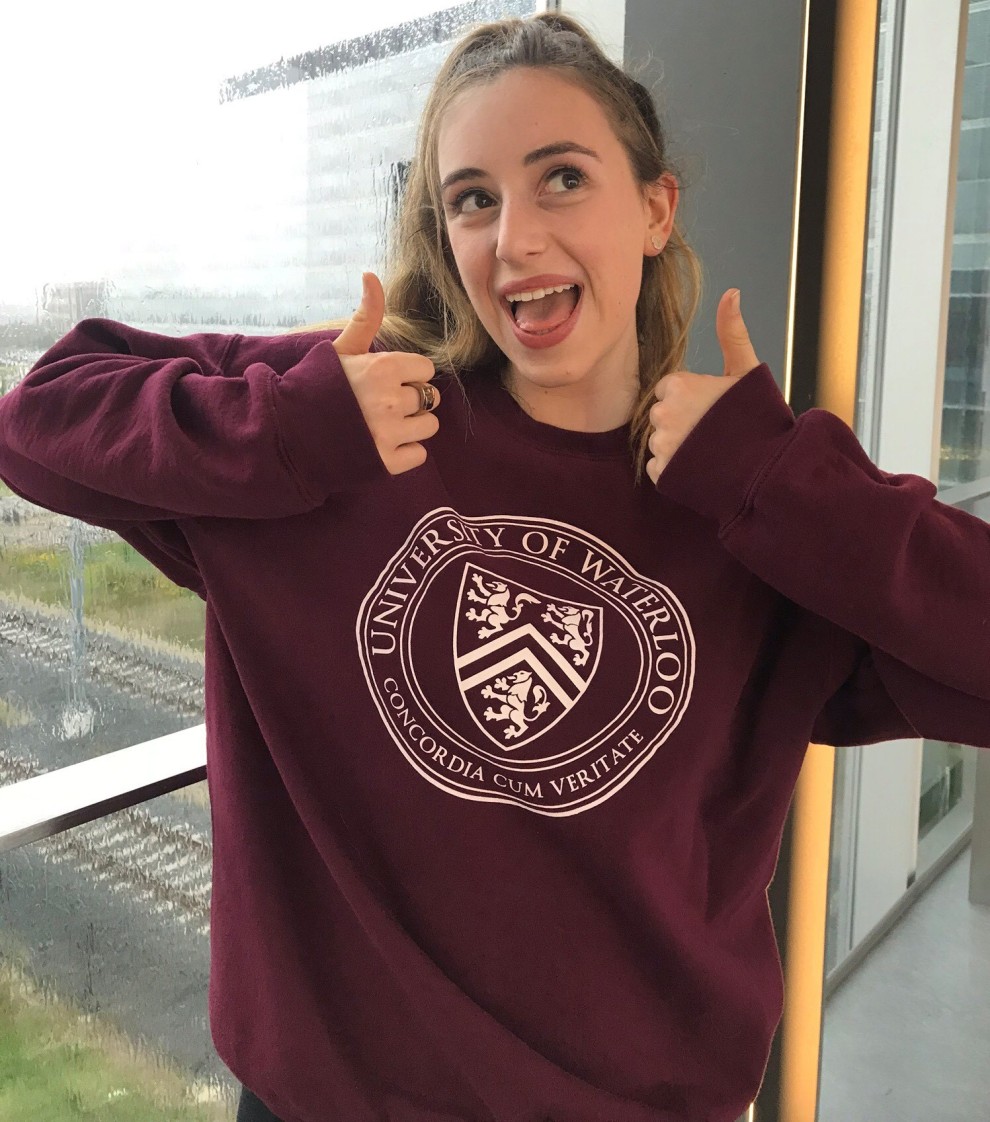 Jordan Geist, an Ottawa Jewish Community School graduate, was a Grade 12 student at Sir Robert Borden High School when she received the Grossman-Klein Teen Leadership Award from the Soloway Jewish Community Centre in 2016.

Three years later, her leadership skills intact, Geist is a major force behind a thriving Jewish student life at the University of Waterloo and Wilfrid Laurier University as president of Hillel Waterloo.

Geist, now in her third year of management engineering at the University of Waterloo, said when she first came to Waterloo, she was surprised to learn the school has over 1,000 Jewish students.

“It’s quite a large Jewish community that I didn’t even know about,” she said.

Geist – the daughter of Allison Geffen, a family physician in Ottawa, and Michael Geist, a law professor at the University of Ottawa – said she initially became involved at Hillel Waterloo when she joined the Holocaust Education Week Committee.

As president, Geist oversees Hillel operations at Waterloo and Laurier and manages an “amazing team” of 12 individuals on the executive board.

In the past year, Hillel Waterloo has hosted numerous social events, such as the Jews & Brews pub night, Campus Sukkah movie night, and the 2019 Bar Mitzvah Bash, which sold over 200 tickets.

Geist says she has been so busy as president of Hillel Waterloo that she has had to step back from other leadership opportunities on campus, such as the management engineering-focused design team she founded.

According to Geist, Hillel Waterloo has opened up a “whole community of like-minded people” to her, both at Waterloo and Laurier.

Geist said her primary goal at Hillel Waterloo is to secure funding to build a Jewish student centre, as they are the “only Hillel in Ontario that doesn’t have a permanent space.”

Hillel Waterloo also plans to “grow out” the community by providing more support for students, “whether it’s celebrating holidays, bringing in different guest speakers, or helping students with their education through study spaces or resumé critiques.”

Geist said she takes pride in the expansion of Hillel Waterloo and in the “growing community of students we are continuing to build.”