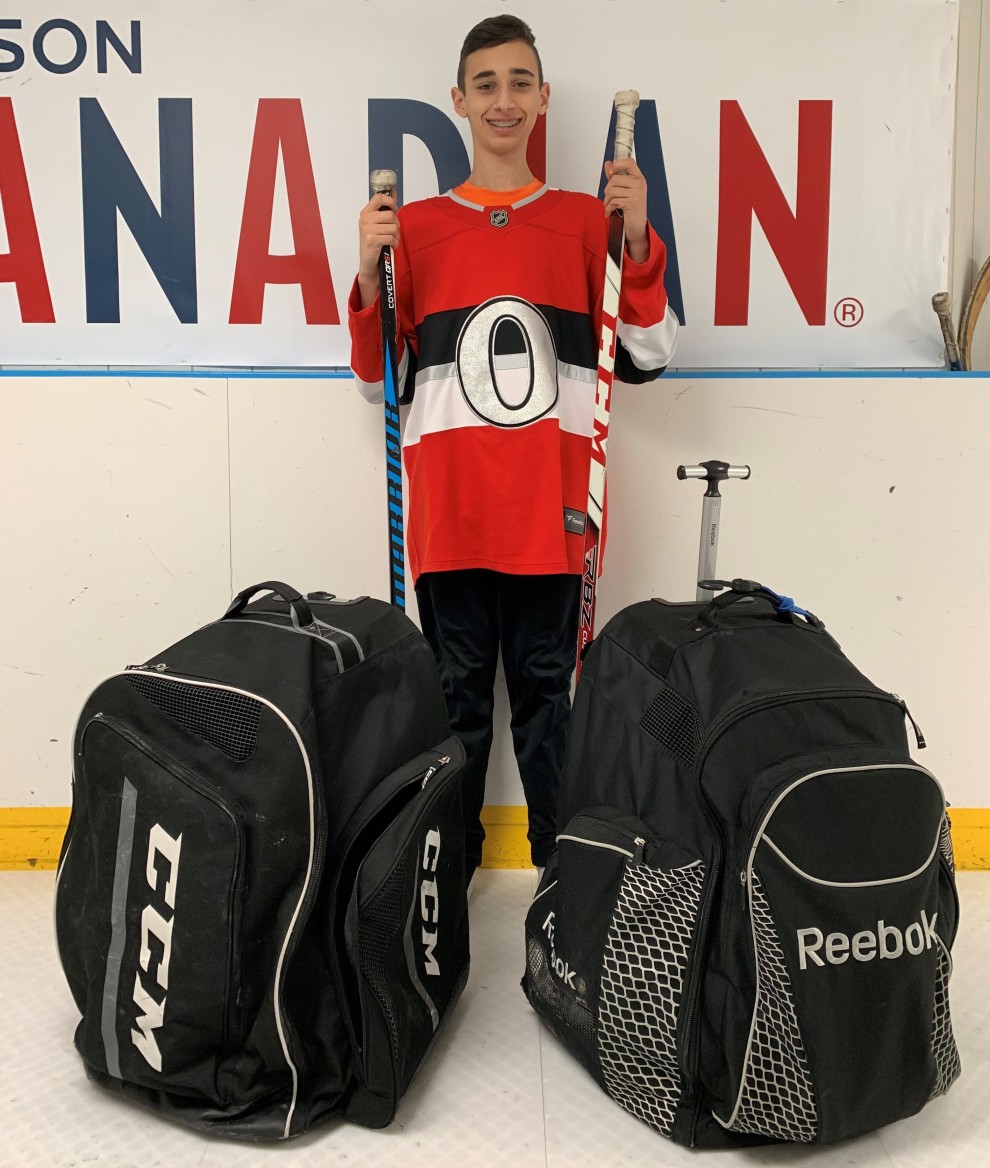 In 2016, cousins Jonah Sohmer of Ottawa and Jason Kornbluth of Cleveland were planning to celebrate their bar mitzvahs in Israel. They both love hockey, so it was natural that they wanted to incorporate two of their passions: hockey and Israel.

When Jonah and his family returned from Israel, they were motivated to do more to help provide youth in Israel with hockey equipment. In Israel, they had met boys and girls – Jewish, Christian, and Druze – who all played hockey at the Canada Centre in Metulla – but there are no hockey stores in Israel. Jonah and Jason had the opportunity to skate with the hockey youth and light the Chanukah candles with them. It inspired something in the boys and their families.

Jonah’s father, Ben, and his uncle, David Lisbona, put a plan into action helping him launch “Team Jonah.” Jonah’s mother, Ali, happily stored hockey bags in their garage and basement (and when more storage was needed, they called on Uncle Jack and Aunt Helaine to join the team). To date, Jonah’s project has sent well over 100 hockey bags filled with quality equipment around the world – including more than 60 bags to Israel, 20 bags to India, and 30 bags to Greece. They have also connected with Hockey Without Borders to continue helping young people around the world share their passion for the world’s coolest sport.

Uncle David also initiated “Operation Jock Strap” and collected over 350 brand new jocks and jills to send to Israel (not an item you want to receive used).

Keeping with Jonah’s original idea of connecting Israel and hockey, through his gift of giving, Hockey Without Borders has connected with the Canada Israel Hockey School in Metulla and is now looking at the possibility of organizing a trip to Israel from another non-traditional hockey country – exposing more young people from around the world to the beauty of the Holy Land.

What is inspiring is that Jonah and his family have not asked for recognition. They do what they do from the goodness of their hearts in the space provided by their garage and basement (and occasionally the front hallway). If you have hockey equipment (in good condition) that you would like to donate, contact Team Jonah at bensohmer@yahoo.ca.