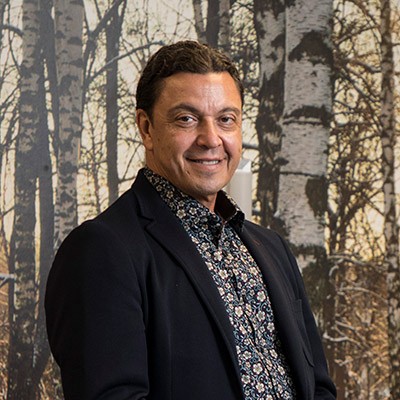 In a direct response to the 92nd call to action from the final report of the Truth and Reconciliation Commission, the Jewish Federation of Ottawa has invited the community to participate in a customized and comprehensive Indigenous awareness training program facilitated by the First Peoples Group with the goal of building ally-ship and taking steps toward reconciliation.

“What we try to do through our work is show that humans come from strong societies and celebrate what we all celebrate — language, culture, history, belief, dance and clothing,” said Guy Freedman, Chair and Founding Partner of the First Peoples Group.

First Peoples Group began in 2001, focusing first as a media communications organization and doing branding and logo work for a variety of clients.

“Originally, I thought that if I could convince Canadians that our people are smart and beautiful, then there would be a level of respect afforded to Indigenous people … but I quickly realized that would be accomplished just through talking to people,” said Freedman, who is Métis from Flin Flon, Manitoba, and whose father was also Jewish.

Realizing he needed to be speaking to people led to the outreach program that makes up most of First Peoples Group today.

“After the Truth and Reconciliation Commission and the residential school apologies, people sought out our work,” said Freedman. “It was always about talking with the community and telling their story.”

In early 2013, Freedman was diagnosed with Stage 4 cancer.

“I decided I had a few more good years to lay down [before I went],” he said. “I approached it from the perspective of a healing medicinal path before chemotherapy.”

At the time, Freedman’s oncologist was also Jewish and specialized in palliative care.

“I was thinking ‘I hope I don’t need those services”,” said Freedman, remembering a moment when the doctor laid his hand on Freedman’s knee. “I think he might have said something like ‘We met in Zion.’ And we’d never met before, of course he met metaphorically.”

That’s what Freedman calls his own reconciliation story — after recovering from cancer, it was clear to him “like Gord Downie says” to continue his life and urge Canadians to “do something.”

“That’s what we do [at First Peoples Group],” he said. “It’s not about blaming or shaming, but an understanding that when things are kept from you, what do we do to make this a better world?”

“We’re all two-legged. Why do we see colour and difference when we should see similarity and unity? That’s our work to try to see unity out of diversity.”

The Indigenous training sessions prepared especially for Federation and the Jewish community are being offered in three parts, and Freedman says it’s crucial to come to all three conversations.

“One is not enough,” he said. “If you’re just listening to me, my people only represent about 600,000 of the two million population size. There are three Peoples in the constitution — First Nations, Métis and Inuit. We’re a very, very diverse country — and there’s great diversity among the Jewish faith too.”

Freedman said  training sessions, like  Federation’s, are part of the effort to reach and unite all 38 million Canadians.

“Once you get to know everybody’s real story, you get to understand the injustices and how they played out so you can correct them,” he said. “It’s a bit of what we call re-confederation -- actually a real confederation this time, not just 36 French and English people carving up the country. We need everybody at the table.”

Please take your seat at the table for these three sessions offered at lunch time on March 24, March 31 and April 7. Register for the training at https://jewishottawa.redpodium.com/indigenous-awareness-training.