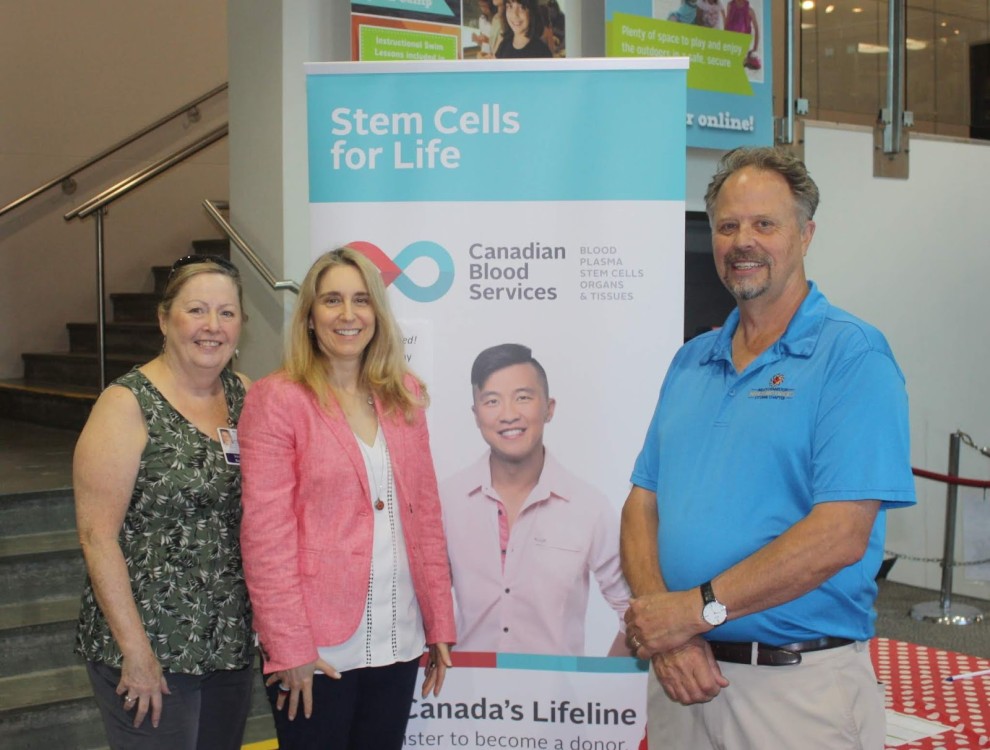 Nearly 70 people volunteered to have their DNA swabbed during a stem cell registry drive, July 24, at the Soloway Jewish Community Centre (SJCC) to match potential donors to patients who need stem cell transplants.

The drive, organized by the Jewish Federation of Ottawa with the help of Canadian Blood Services Stem Cell Registry, was held in response to the #StartWithHillary social media campaign, launched by Hillary McKibbin’s parents in the hopes of finding her a potential match.

The six-year-old Manotick girl was diagnosed with a rare blood disease in May. She is one of more than 800 patients in Canada currently waiting for a match.

Volunteers willing to be added to the stem cell registry had to be 17 to 35 years of age and meet certain health criteria in order to be eligible. Younger, male donors were especially encouraged to donate, as they have been known to provide the best patient outcomes.

After completing a short health screening, volunteers swabbed the inside of their cheeks in order to register. If a participant is found to be a match, they will join the World Marrow Donor Association and can then donate stem cells either through bone marrow or a non-surgical blood procedure.

Transplants can be used to treat blood cancers such as leukemia, lymphoma and multiple myeloma.

Among those swabbed was a group of counsellors from Camp B’nai Brith of Ottawa (CBB) who travelled nearly an hour to get to the SJCC.

“Everyone here has the luxury of being able to donate bone marrow or stem cells, whereas some people don’t have that ability,” Friedlich said. “This is a great mitzvah and we are happy to do it.”

Emily Kom, who helped arrange the drive at the SJCC, said she was ineligible to be swabbed because of her age.

“I was disappointed by the news but still wanted to help. I had the idea of doing a community drive, and thought the SJCC would be a good location,” Kom said. 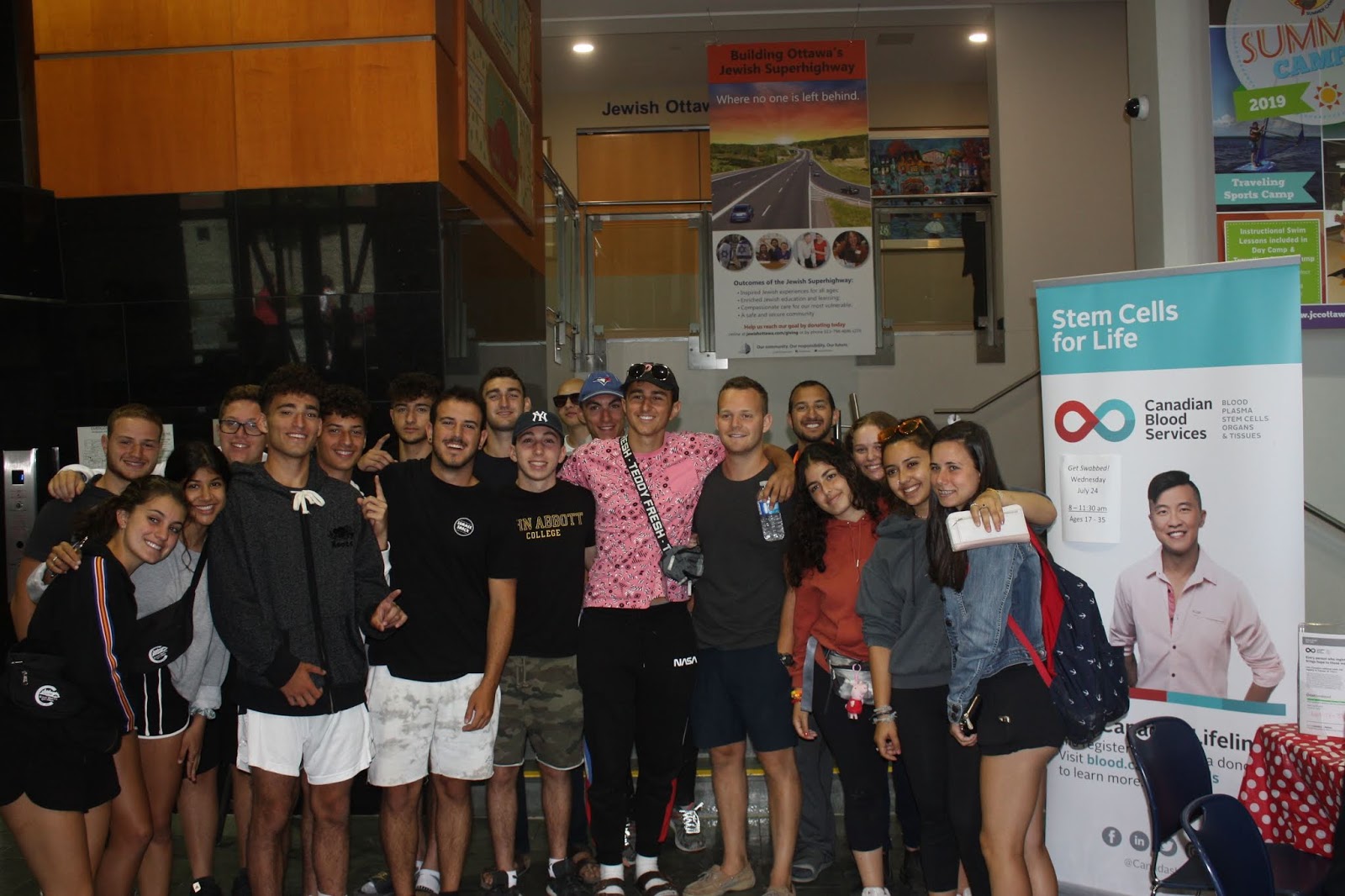 A group of Camp B’nai Brith of Ottawa counsellors who volunteered to be swabbed during the stem cell registry drive, July 24, at the Soloway Jewish Community Centre. (Matthew Horwood)
Kom said she made the call to Canadian Blood Services in order to coordinate bringing the drive to the SJCC, while Sarah Beutel, Federation vice-president for community building, “worked out the logistics of the event.”
Kom said she didn’t want people to be discouraged if they were ineligible to be swabbed. “You can always donate blood instead.” 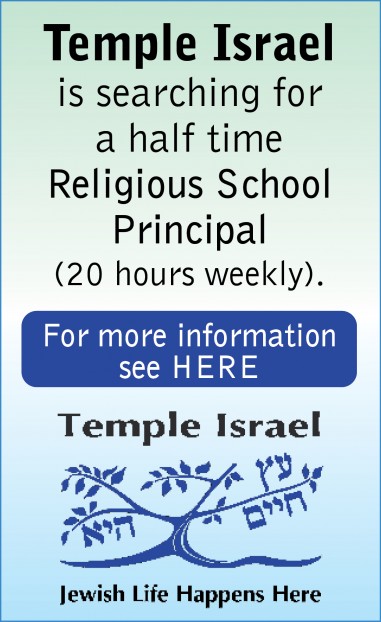