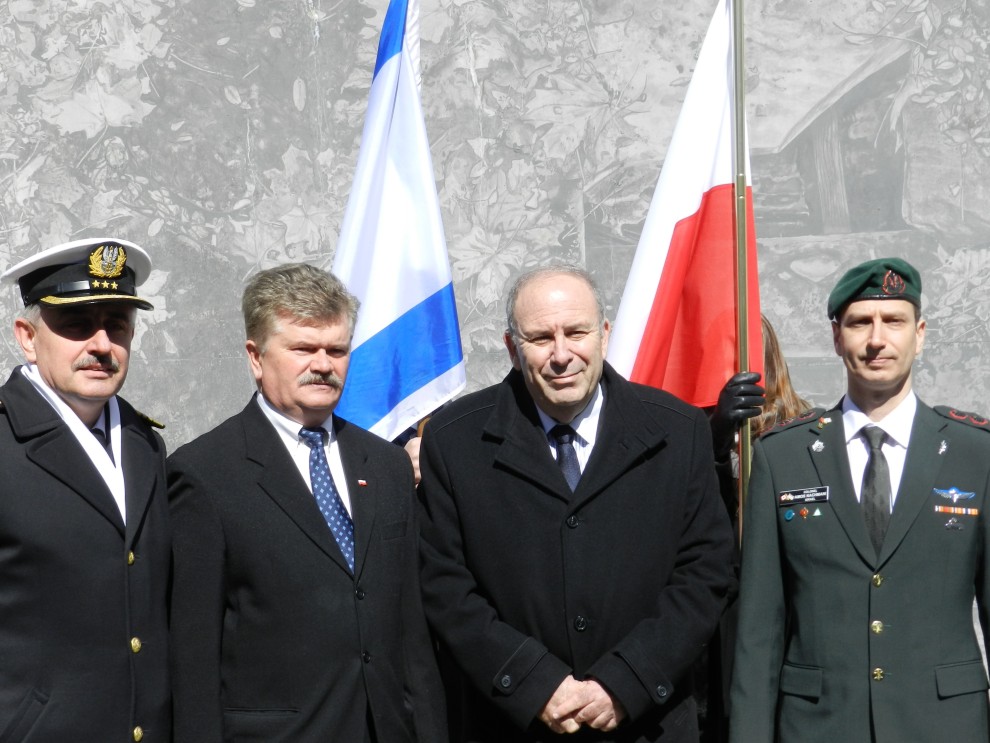 Warsaw Ghetto Uprising: ‘Their fight has been etched in history"

Diplomats from Israel and Poland, as well as Holocaust survivors and representatives of the Jewish and Polish communities, gathered at the National Holocaust Monument in Ottawa, April 16, for a wreath-laying ceremony marking the 76th anniversary of the Warsaw Ghetto Uprising.

Master of ceremonies for the event was Israeli Deputy Head of Mission Shlomit Sufa who introduced the ambassadors of Israel and Poland for their brief remarks.

“On Passover, nearly 76 years ago, the uprising began and continued for nearly an entire month,” noted Israeli Ambassador Nimrod Barkan. “Knowing the chances for victory were nil, Jewish fighters heroically and courageously fought for 27 days, longer than several European countries. As a result their fight has been etched in history.”

The Warsaw Ghetto Uprising, Barkan noted, inspired resistance to the Nazi oppressors in the Treblinka and Sobibor death camps and in Belgium.

The Jewish fighters in the Warsaw Ghetto, the ambassador continued, “displayed enormous courage that we, today, cannot fathom. To choose to fight, knowing only death is promised, and to fight not only for yourself, but for the dignity of the Jewish people, is a level of unmatched heroism.

“When the Germans destroyed the Warsaw Ghetto following its liquidation, they could not destroy the memory of those whose courage and sacrifice sustained the fighting spirit of the Jewish people; that inspired Jewish resilience through the war years and beyond.”

Polish Ambassador Andrzej Kurnicki said the young Jewish fighters of the Warsaw Ghetto Uprising “knew that their chances of survival were minimal, but they chose to fight and die to defend the honour of the Jewish people.”

After the two ambassadors laid the wreath, Kaddish was recited by Cantor Pinchas Levinson.

Yellow daffodils, symbolizing the yellow Stars of David the Nazis forced Jews to war on their clothing, were distributed to many of the people who assembled for the ceremony. Following Kaddish, those with daffodils approached, one or two at a time, for a brief moment of reflection and to lay their flowers on either side of the wreath.