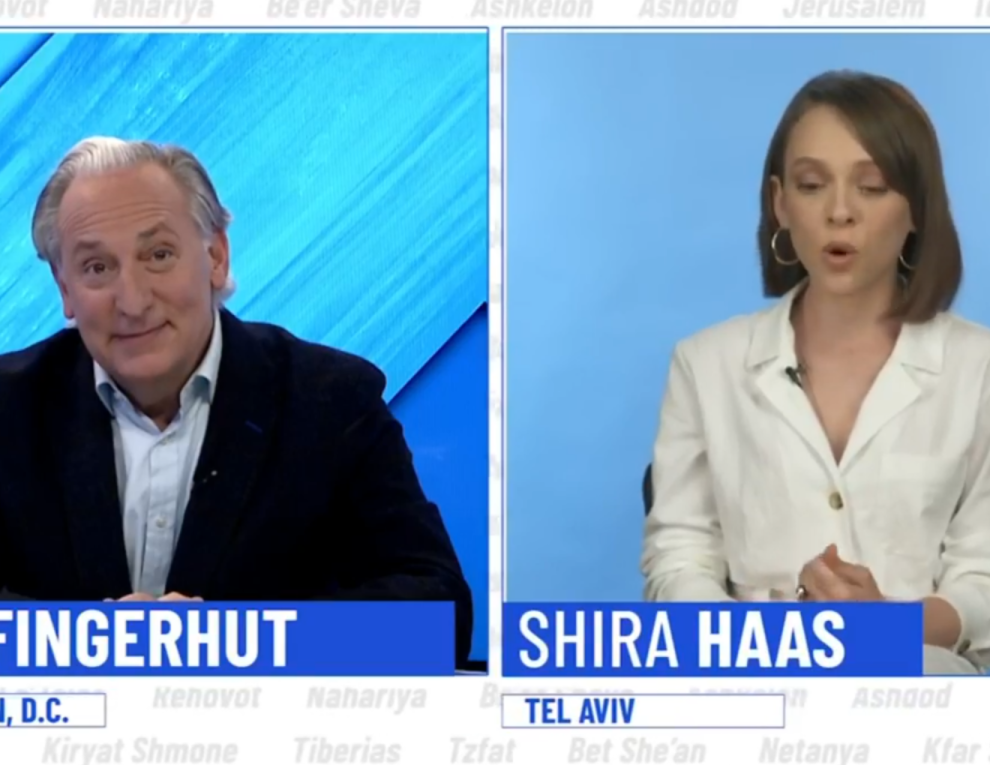 With Jewish communities around the world unable to come together in their own locales to celebrate Yom Ha’Atzmaut, Israel’s Independence Day, due to the COVID-19 pandemic, there were numerous online events scheduled on April 27 to mark the Jewish state’s 72nd birthday.

Perhaps the most far-reaching online event on Yom Ha’Atzmaut was a celebration presented by Jewish Federations of North America (JFNA) and hosted by JFNA CEO Eric Fingerhut in Washington and Israeli actor Shira Haas, a cast member of the hit Israeli series “Shtisel” and the star of the recent Netflix miniseries “Unorthodox,” in Tel Aviv.

The hour-long program, which was tightly edited to maintain a fast-moving pace, featured numerous participants in a series of sequences that began with individuals and families from Israel and the Diaspora – most famously the iconic “Dr. Ruth” – bringing brief greetings and Yom Ha’Atzmaut messages. Canada was represented in this section by MPs Anthony Housefather (Mount Royal) and Michael Levitt (York Centre).

Other participants included actor Joshua Malina, a cast member of “West Wing” and “Scandal,” who introduced a video about the cutting-edge participation of Israeli universities, hospitals and start-up companies in the development of vaccines and treatments for COVID-19 and Jewish Agency for Israel Chair Isaac Herzog who played a recording of David Ben-Gurion, Israel’s first prime minister, proclaiming the independence of the new State of Israel on the first Yom Ha’Atzmaut in 1948.

There was also a panel discussion about falafel featuring several Israeli chefs and a demonstration on how to make falafel by Israeli cookbook author Adeena Sussman. 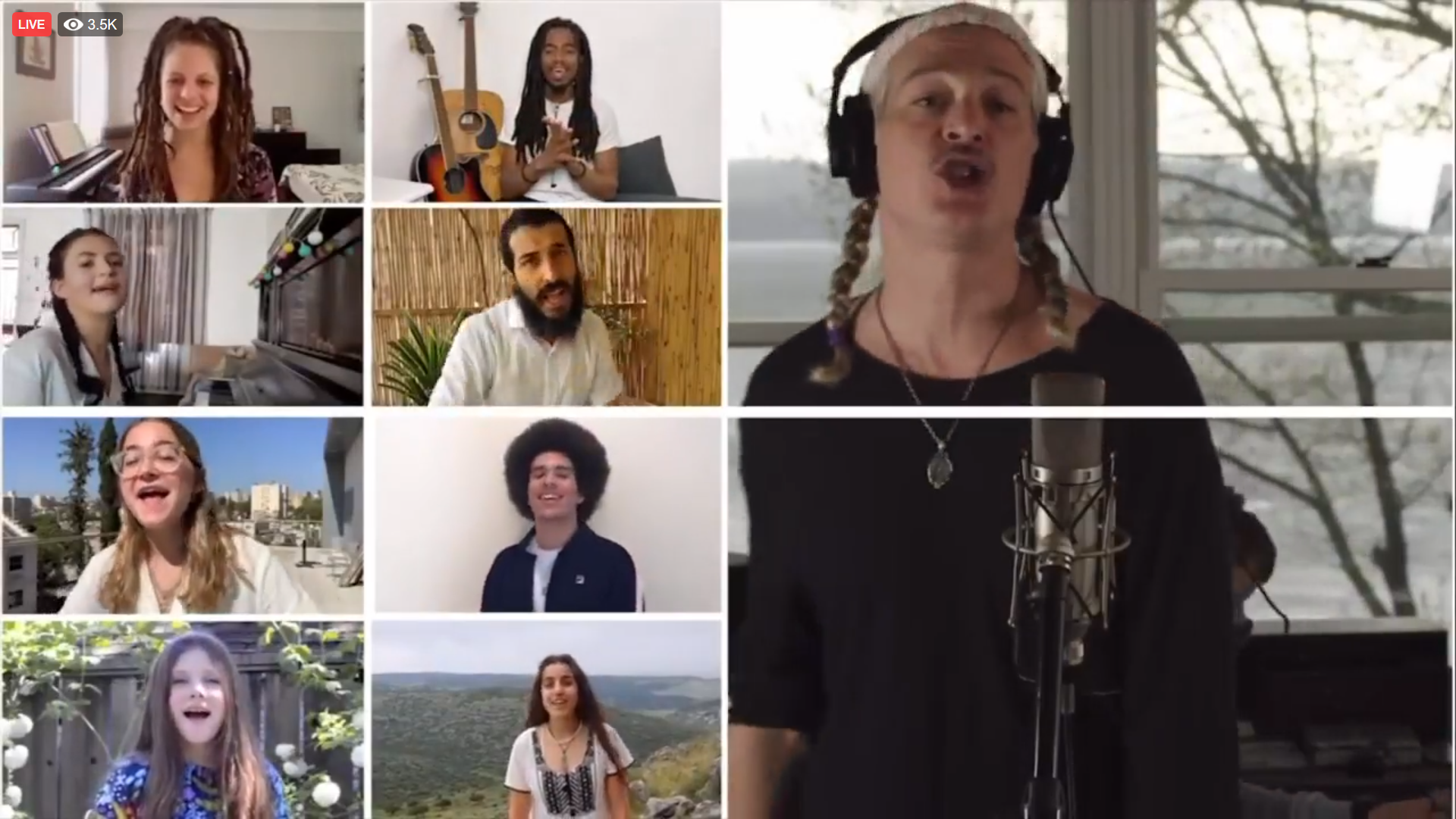 The musical segments included famed Jewish reggae singer Matisyahu performing a medley of his hit “One Day” with Bob Marley’s classic “No Woman No Cry” at home but in video collaboration with musicians and singers from around the world; Israeli singer Rita’s rendition of “One Day It Will Happen”; and an a cappella version of “Ahavat Olam” sung by the Brothers Platt.

The program’s finale featured an address by Israeli President Reuven Rivlin, who said, “No virus can keep us from celebrating the miracle of the Jewish and democratic State of Israel,” and a global version of “Hatikvah” sung by Rita in Israel and Canadian singer Caissie Levy, who starred in “Frozen” on Broadway, and featuring musicians from around the world. 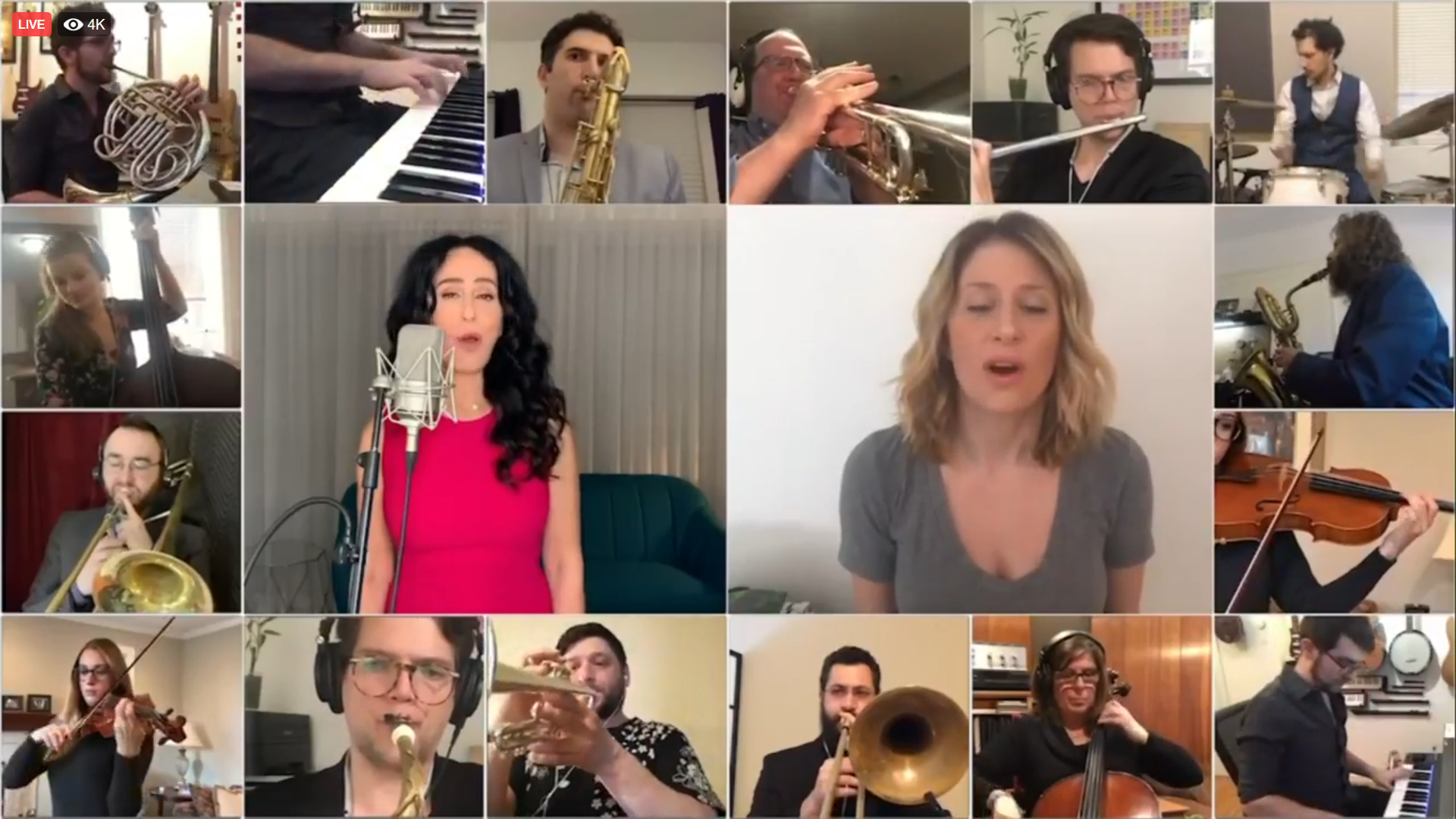 The video of the Yom Ha'Atzmaut celebration can be seen at this link.

Photo 2: Matisyahu, in collaboration with singers from around the world, performs “One Day/No Woman No Cry” during the global online Yom Ha’Atzmaut celebration, April 27, 2020.