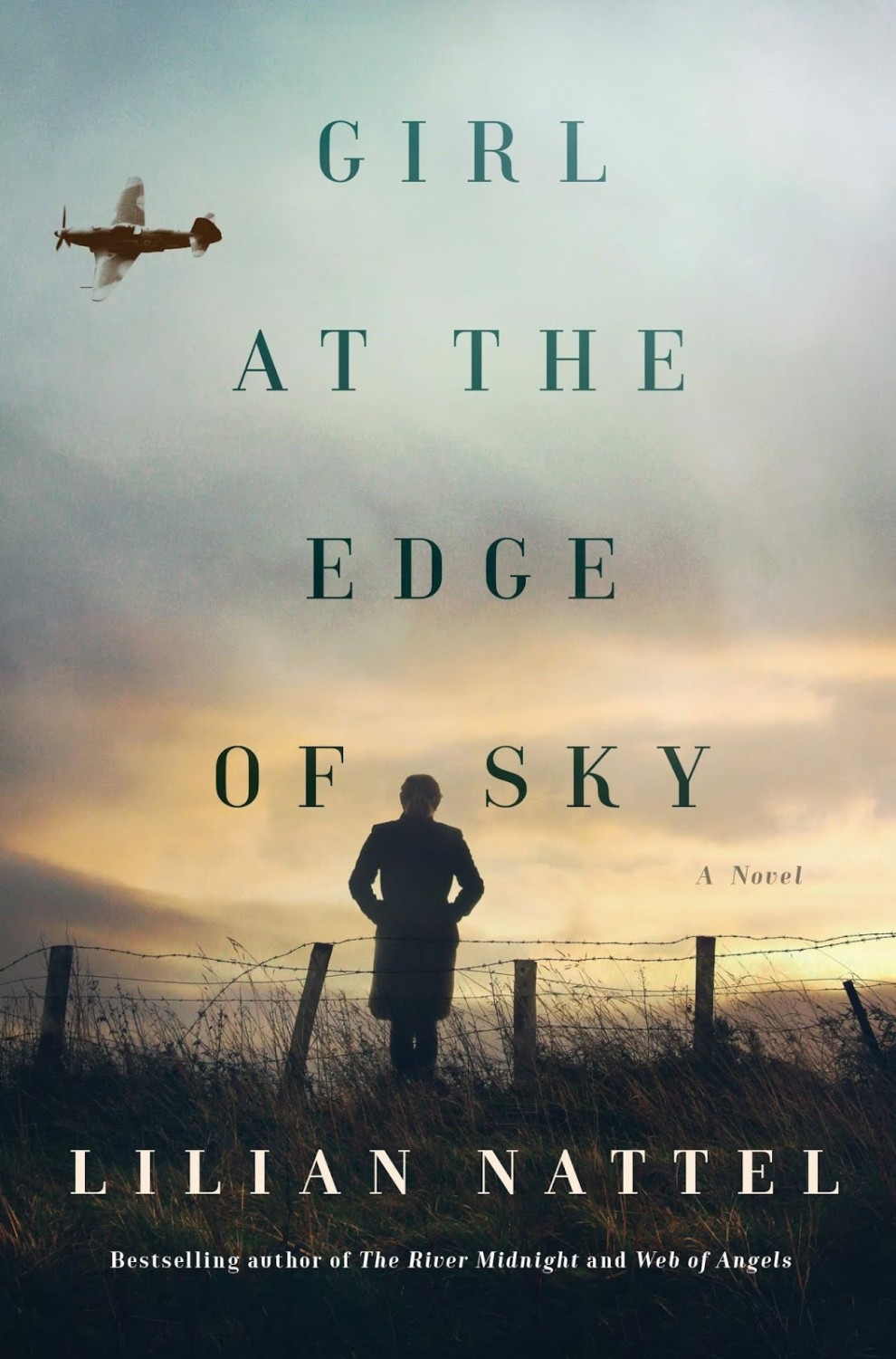 Girl at the Edge of Sky

Canadian Jewish author Lilian Nattel plunges us right into the plot of Girl at the Edge of Sky as its main character plunges through the clouds into Ukraine, just as she regains consciousness after jumping from her burning plane. We are instantly at the turning point in a Second World War story that focuses on the life of a teenaged half-Jewish girl, Lily Litvyak, born in the Soviet Union, how she becomes a fighter pilot in the Soviet air force, and what happens to her when she succeeds.

The structure of the novel relates two halves of her story in parallel, one half describing what happens after her fall and one half describing her life up to that point. By alternating chapters in one story with that of one in the other, each one ending on a point of suspense, the author leads the reader through both stories at a breakneck pace.

The first half of the story is based on biographical information available about the real Lily Litvyak. But even in this section, much creativity and artistic choice is involved to fill in the backstories of her family, to create the scenes and dialogue that were not recorded, and to streamline the narrative and thus exclude some characters while introducing others. Nattel’s ability to do this smoothly is outstanding.

Lily knows little of Jewish religion or traditions other than stories from her father and grandmother, and these focus heavily on how they all survived previous persecutions, as well as the ongoing dangers should other things around them go badly.

Early on, her father is arrested in one of Stalin’s purges and the family has no more contact with him. The whole family is therefore under suspicion and her Jewish grandmother moves away in order to reduce the mistrust directed at them.

This becomes one of the prime motivations for Lily to join the air force and prove herself as a fighter pilot. She feels the strong need to succeed, to redeem the family name, and indirectly, her father.

But the novel also deals with a story that was never recorded. It is not known what happened to Lily Litvyak when her plane was shot down while accompanying bombers to attack German positions in Ukraine so we rely on Nattel’s skills as an imaginative novelist.

At one moment in the opening chapter, the coincidences and the role of chance seem contrived to ensure Lily’s imagined survival, but Nattel’s storytelling and the characters are so strong that one soon forgets that Lily’s life as a prisoner of war of the Nazis is wholly fictional.

Indeed, chance plays a significant role in both halves of the story and in many stories of survival from the Second World War. One comes to realize that this, in fact, makes the story more, not less, real.

At the same time, the parallels between Soviet and Nazi systems of totalitarian dictatorship are made manifest, even though the chances for a Jew to survive under the Soviets are much better. Both systems rely on informants, forced through blackmail or enticed through offered rewards, to monitor and report on even their closest friends and associates. Both use mental and physical torture to attain their ends.

The dangers Lily faces, the political and physical threats that surround her in both halves of the tale, are enough to provide plenty of tense moments as both move forward until the first story takes us up to where the second story had begun. Through the parallel experiences in the two dictatorships, it is natural that Lily comes to abandon the idea of becoming a hero and to seek rather a normal life of peace and survival. The last two chapters provide a future conclusion to both halves of the narrative, each fitting as a perfect ending to the mystery of Lily Litvyak and her ultimate fate.