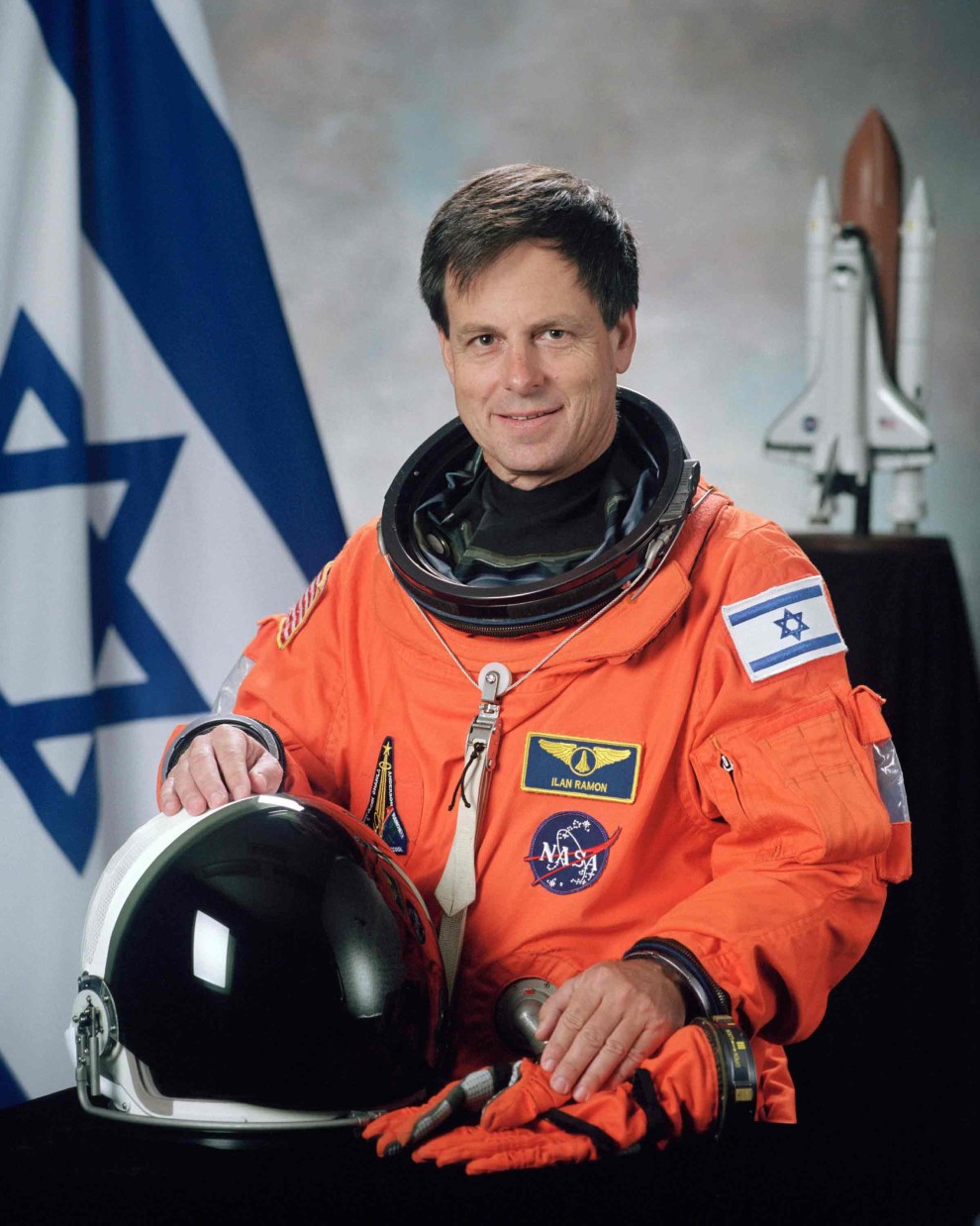 On February 1, we commemorated the anniversary of the loss of the Space Shuttle Columbia, which exploded during re-entry to Earth’s atmosphere following a 16-day science and research mission in 2003. One of the team members was Ilan Ramon, the first and to-date only Israeli to travel in space.

Ramon was born in 1954 to a family of Holocaust survivors and grew up in Ramat Gan and in Beer Sheva. He served in the Israel Defense Forces (IDF) as an air force pilot, having graduated from his training course with honours.

On June 7, 1981, Ramon took part in Operation Opera, the bombing of a nuclear reactor site that was being built in Iraq. He was one of the first to take part in the planning of the operation and as the youngest pilot of the team, he was the last in the attack structure. This position is considered to be particularly dangerous because as the last aircraft carrying out the attack, the surprise element is lost and the enemy can easily hit back.

Following that operation, Ramon served in several important positions in the Israeli air force and was considered a very gifted pilot. He later completed a degree in computer science and served as head of air force’s weapons division.

In 1997, Ramon was chosen to be the first Israeli astronaut. A year later, he and his wife Rona and their four young children moved to the U.S. in order to train with NASA.

During his training, one of the things concerned him was how he could observe Shabbat in space as there is neither sunrise or sunset in space. An important tip he got from one of the rabbis he consulted was to count 24 hours six times to determine Shabbat begins.

While researching Ramon’s story, I learned more about him through the objects he brought with him to space including flags of the State of Israel, of the cities where he grew up, and of the institutions where he worked and studied. He took also a painting drawn by a Holocaust survivor and a Torah book. All of these objects demonstrate how closely Ramon was connected to his roots and to Judaism.

While in space, Ramon kept a diary and eight pages from it survived the explosion and were restored. In the pages found, Ramon documented his experiences from the day of the launch until his sixth day in space. On one of those pages Ramon wrote the words of the Kiddush words for Shabbat.

The remains of the objects that were found are all displayed at the Ilan Ramon Museum and Memorial in Mitzpe Ramon, in the Negev. As well, there are schools in Israel named for him and the Ramon Airport in Eilat is named for Ilan Ramon and his son, Assaf Ramon, an Israeli air force pilot who was killed in a 2009 plane crash at age 21.

Ramon was a big inspiration for many people. Thanks to him it was possible for Israel – such a small country – to have a representative in space.

I feel that I cannot speak about Ilan Ramon without talking about his wife, Rona Ramon.

Rona is also inspiring. Following the Columbia explosion and the death of Ilan, Rona and their four children returned to Israel. When it was time for Assaf, the eldest son, to join the IDF, he knew he wanted to be a pilot just like his father. In the IDF, a strict guideline says that if you are from a family in which a member has been killed in service you cannot serve in a combat position unless a parent agrees. Rona knew that it the strength of Assaf’s desire to serve as a fighter pilot and agreed. Assaf was a phenomenal pilot and finished first in his training course with honours.

Six years after Ilan was killed, Assaf died when his plane crashed during a training session. It was an enormous tragedy and I remember how sad everyone in Israel was.

Even with all the sorrow and the great loss, Rona succeeded in finding strength and energy and founded the Ramon Foundation in the memory of Ilan and Assaf. The foundation promotes education and leadership to Israeli youth, providing scholarships and opportunities for kids from lower socioeconomic areas.

Another program of the foundation is Ramon Spacelab, which allows teams of students to submit an experiment to the International Space Station.

During Israel’s annual Space Week, astronauts and Space Agency representatives from around the world visit Israel to participate in a Ramon conference all under the Ramon Foundation events.

In 2016, during the 68th Yom Ha’Atzmaut celebrations, Rona had the honour of lighting a torch at the annual torch-lighting ceremony on Mount Herzl in Jerusalem. And in June 2018, she was awarded an honorary fellowship by the Technion in recognition of her many years of work and contribution to Israeli society.

Rona died in December 2018 from pancreatic cancer. The following year, she was posthumously awarded the Israeli Prize for her lifetime contribution to society and the State of Israel.

I recently read her book Aim for the Sky and understood even more what an amazing woman she was.