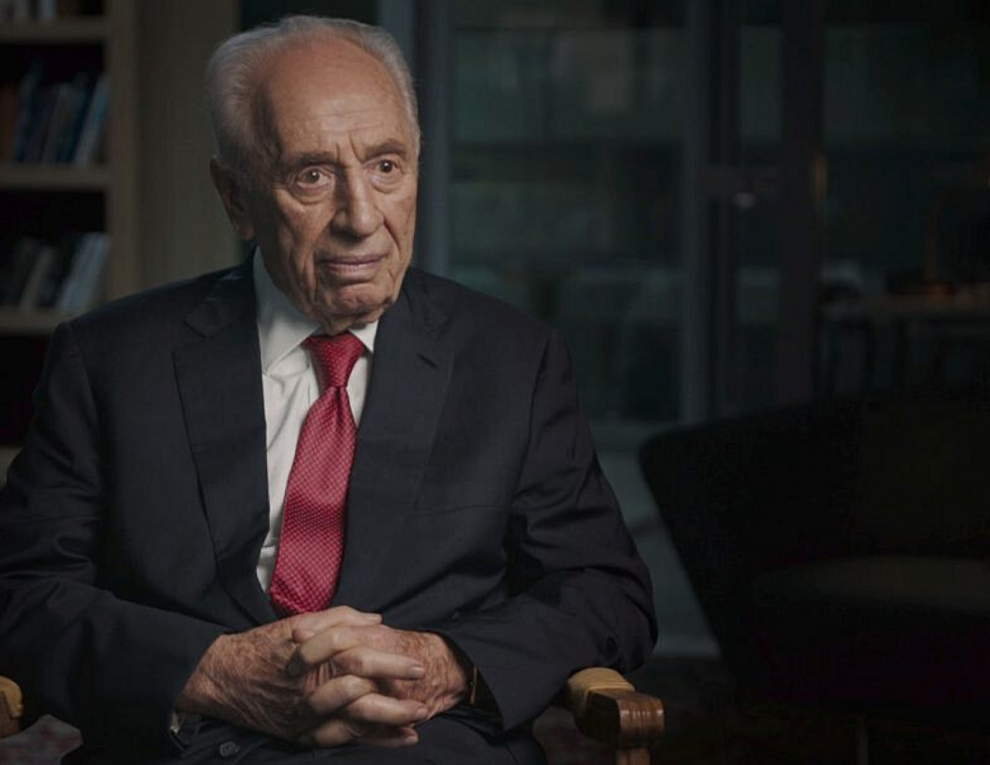 UPDATE (March 16): This event has been cancelled.

In the early 1990s, Israeli and Palestinian negotiators hammered out the parameters of an historic peace deal in what became known as the Oslo Accords. They came tantalizingly close to resolving one of the world’s most intractable conflicts. Those heady days were followed by tragedy with the murder of Yitzhak Rabin and the collapse of the Oslo process. Seems like ancient history now, but the story of Oslo and its repercussions offers important lessons for today’s era.

“The Oslo Diaries,” an acclaimed 2018 documentary on how the Oslo Accords came to be and how they failed, will be shown on Wednesday, March 18, 7:30 pm, at the Soloway Jewish Community Centre. The event is sponsored by Canadian Friends of Peace Now and admission is free of charge.

Co-directed by Mor Loushy and Daniel Sivan, the film is partly based on the actual diaries of some of the negotiators. It uses narrated excerpts, riveting historic footage, interviews with key players and dramatic re-enactments to tell its tale – one of the great stories in modern diplomacy. Included is the last interview that former Israeli president and prime minister Shimon Peres gave before his death.

The film opens in 1992 with the violent intifada that threatens to derail prime minister Yitzhak Rabin’s nascent government. Yossi Beilin, then-deputy minister of foreign affairs, initiates an incredibly risky, unsanctioned, secret back channel of negotiations with the Palestinian Liberation Organization. To maximize deniability, Beilin sends a pair of independent professors, Yair Hirschfeld and Ron Pundak, to meet with three Palestinians from Tunis, Abu Ala, Maher El-Kurd and Hassan Asfour, at a remote villa in the forests outside Oslo.

Thus begins the difficult, excruciating process of finding the common ground – and revealing the red lines – between the two sides. We, the viewers, are behind the scenes during this fascinating moment of history, watching the negotiators inch towards the “peace of the brave.” We are caught up in the hope. We see how, for those involved in the process, the enemy starts to look more human. We witness how it all comes undone by the forces opposed to compromise. The aftermath is bitter. A title card at the end of the movie informs us that 16,000 people – Jews and Arabs – have died as a result of the conflict since Oslo’s collapse. And, of course, nowadays the two sides are further apart than ever.

“The Oslo Diaries” is an aching reflection on what might have been. But it also reveals what is possible through unflinching, committed, face-to-face negotiations, and in so doing offers a glimmer of hope. As one commentator put it, “We need to relearn the kind of brave and fragile process that was at the heart of the 1993 Oslo Peace Accords.” Though the movie was made long before the recent Trump plan was unveiled, it’s a poignant commentary on what it might take to make a deal – a genuine deal.

Photo: Former Israeli president and prime minister Shimon Peres during his final interview in a scene from “The Oslo Diaries.” Peres was minister of foreign affairs when the Oslo Accords were negotiated with the PLO.