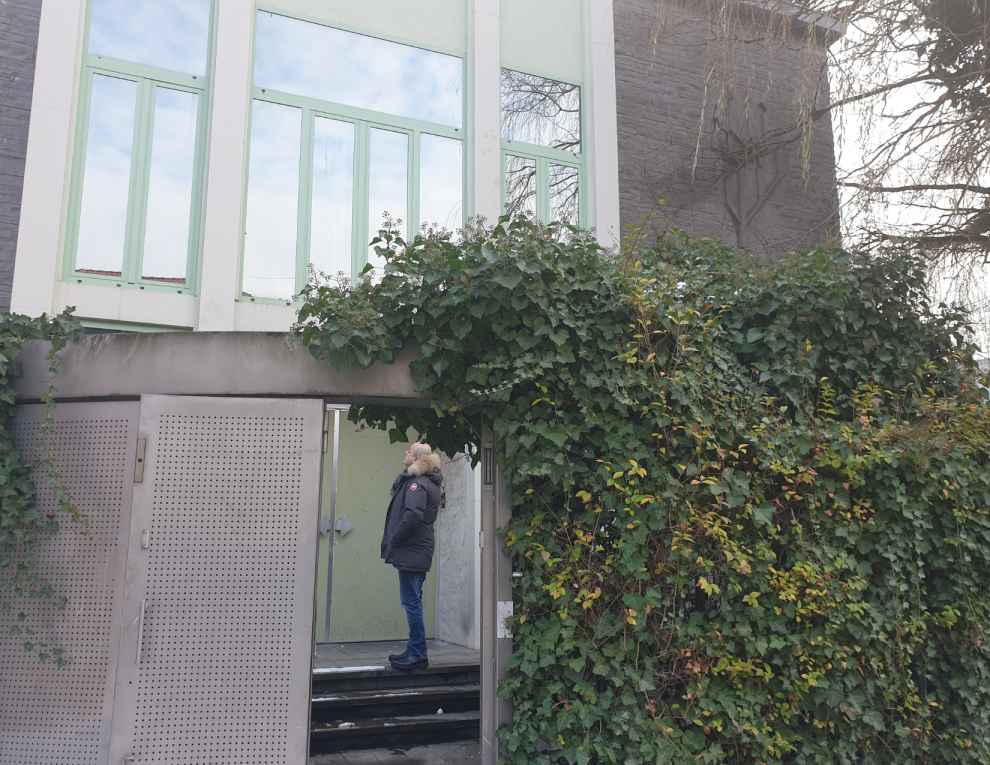 The proportion of Jews living in Europe is as low as it was 1,000 years ago. And the future there doesn’t look bright.

AMSTERDAM (JTA) – Jews’ share of the population of Europe is as low now as it was 1,000 years ago and is declining even further, according to a landmark new demographic study.

The study published Wednesday by the London-based Institute for Jewish Policy Research found 1.3 million people who describe themselves as Jewish in continental Europe, the United Kingdom, Turkey and Russia.

That figure has declined by nearly 60 per cent since 1970, when there were 3.2 million Jews in the same area, wrote the report’s authors, Daniel Staetsky and Sergio DellaPergola.

That decline, which follows the death of about six million European Jews in the Holocaust, owes mostly to the emigration of more than 1.5 million people following the collapse of the Iron Curtain, their data shows.

In particular, the Jewish community of Germany is in a “terminal” state because more than 40 per cent of its 118,000 Jews are above the age of 65, whereas less than 10 per cent are under 15, the study says. This reality, which exists also in Russia and Ukraine, “foreshadows high death rates and unavoidable future population decline,” according to the study.

The project is arguably the most comprehensive survey of Jewish demographics ever completed in Europe, more far-reaching than a 2018 European Union survey – although the new survey uses some information from the 2018 EU project. It is also based on official census data and figures provided by individual Jewish communities, which are often organized into organizations with official membership tallies.

“The proportion of Jews residing in Europe is about the same as it was at the time of the first Jewish global population account conducted by Benjamin of Tudela, a Jewish medieval traveller, in 1170,” the authors wrote.

The study also notes that there are an additional 2.8 million people in Europe today who are entitled to immigrate to Israel based on their ancestral Jewish roots – at least one Jewish grandparent – but who are not necessarily Jewish themselves or identify as such.

The demographics of European Jewry would have been “totally different” without the impact of the Holocaust, DellaPergola told the Jewish Telegraphic Agency in an interview about the report. “But that was 75 years ago, and some of the trends we’re seeing today, which are driving the decline, have little to do with the genocide,” he added.

Among those trends is an increasing intermarriage rate and a decline in the reproduction rate of Jewish couples, which is part of the broader drop in birthrate throughout Europe in recent decades.

Jews in Europe had grown to constitute 83 per cent of world Jewry in 1900. They now account for merely nine per cent of the total number of Jews worldwide, according to the study.

The new report’s figures diverge significantly from membership numbers provided by organizations such as the European Jewish Congress and the World Jewish Congress, which are often cited in research and reporting.

France, which has the second largest Jewish diaspora population after the United States, is responsible for much of the decline In Western Europe. France currently has 449,000 Jews compared to 530,000 in 1970, according to the report, and since 2000 alone, 51,455 French Jews have moved to Israel, by far more than any other Western European nation. Belgium is at a very distant second, with 2,571 making that move.

At the current rate of decline, Canada – which according to the World Jewish Congress currently has about 391,000 Jews – will soon overtake France as home of the world’s second largest Jewish Diaspora community behind the United States, DellaPergola said.

The well-documented reasons for the French Jewish exodus include economic opportunity and fear about antisemitism.

“France today is a place where a history teacher can get beheaded on the street,” DellaPergola said, noting a suspected Islamist’s alleged actions near Paris on October 16. “Of course, many Jews, including French ones, find Canada more hospitable.”

The report also shows that Turkey, which used to have 39,000 Jews in 1970, now has only 14,600 of them. That drop is the product of a low reproductive rate and a high emigration rate amid what many local Jews call the rise of government-supported antisemitism.

Turkey is not alone: “Low fertility is characteristic of Jews in Europe, with the exception of those countries possessing large populations of strictly Orthodox Jews. Intermarriage, operating on the back of low fertility, complements the picture – these two factors in combination create a situation where the reproductive capacity of many European Jewish populations is low and conducive to future numerical decline,” the report states.

Intermarriage rates are lowest in Belgium, where just 14 per cent of Jews are estimated to be married to non-Jews. They are highest in Poland, where the equivalent proportion is 76 per cent. The figure was 24 per cent in the United Kingdom, 31 per cent in France and above 50 per cent in Hungary, the Netherlands, Denmark and Sweden.

The report’s findings on Germany are remarkable because it had seen an influx of about 200,000 Jews from the former Soviet Union following its collapse in 1990. That wave, as well as the immigration of about 10,000 Israelis, had revitalized German Jewry. But the newcomers have failed to change the community’s demographic trajectory because many of them and their children intermarried, stopped considering themselves Jewish, emigrated elsewhere or died, the study shows.

There are some exceptions to the picture of decline, and all are occurring in countries where the Jewish community has a large Orthodox contingent.

The Jewish populations of Austria, Belgium, the United Kingdom and Switzerland, all with sizeable strictly Orthodox communities, “may be growing, or at least, not declining,” according to the report, which is based on official census data, community figures and the 2018 EU survey.

In Belgium, where more than half of the country’s 29,000 Jews are Orthodox, 43 per cent of Jewish households have at least four children, the study shows. In the Netherlands, where Orthodox Jews make up only a tiny minority of that country’s similarly-sized Jewish community, only about 18 per cent of families have that many children.

Still, Belgium is seeing what some Jewish community leaders there are calling a “silent exodus,” which is marked by the sale of former synagogues and the closure of Jewish educational institutions in Brussels.

In the United Kingdom, the Jewish minority has declined by 25 per cent from 1970, down to 295,000 members, the study said. But the community is displaying potential for growth, as 33 per cent of its households have at least four children. (For comparison, that figure is 26 per cent in Germany and France, 25 per cent in Hungary and 21 per cent in Denmark.)

The report’s findings on the number of Israelis living in Europe are also surprising, and they contradict estimates that there are tens of thousands of them living in Berlin alone. The survey claims there are only about 70,000 Israeli-born individuals living on the entire continent, with more than half residing in the United Kingdom (18,000), Germany (10,000), France (9,000) and the Netherlands (6,000).

Overall, though, the declining trend reshaping European Jewry is not likely to be reversed, according to the study.

“Only under exceptional circumstances do demographic trends radically modify their course,” the authors wrote. But, they added, “such modifications have actually occurred more than once in European Jewish demography during the last 100 years alone.”

Photo: Joel Rubinfeld takes a look at the former Sephardic Synagogue, where he recalls playing ping-pong as a child, Jan. 24, 2019. (Cnaan Liphshiz)