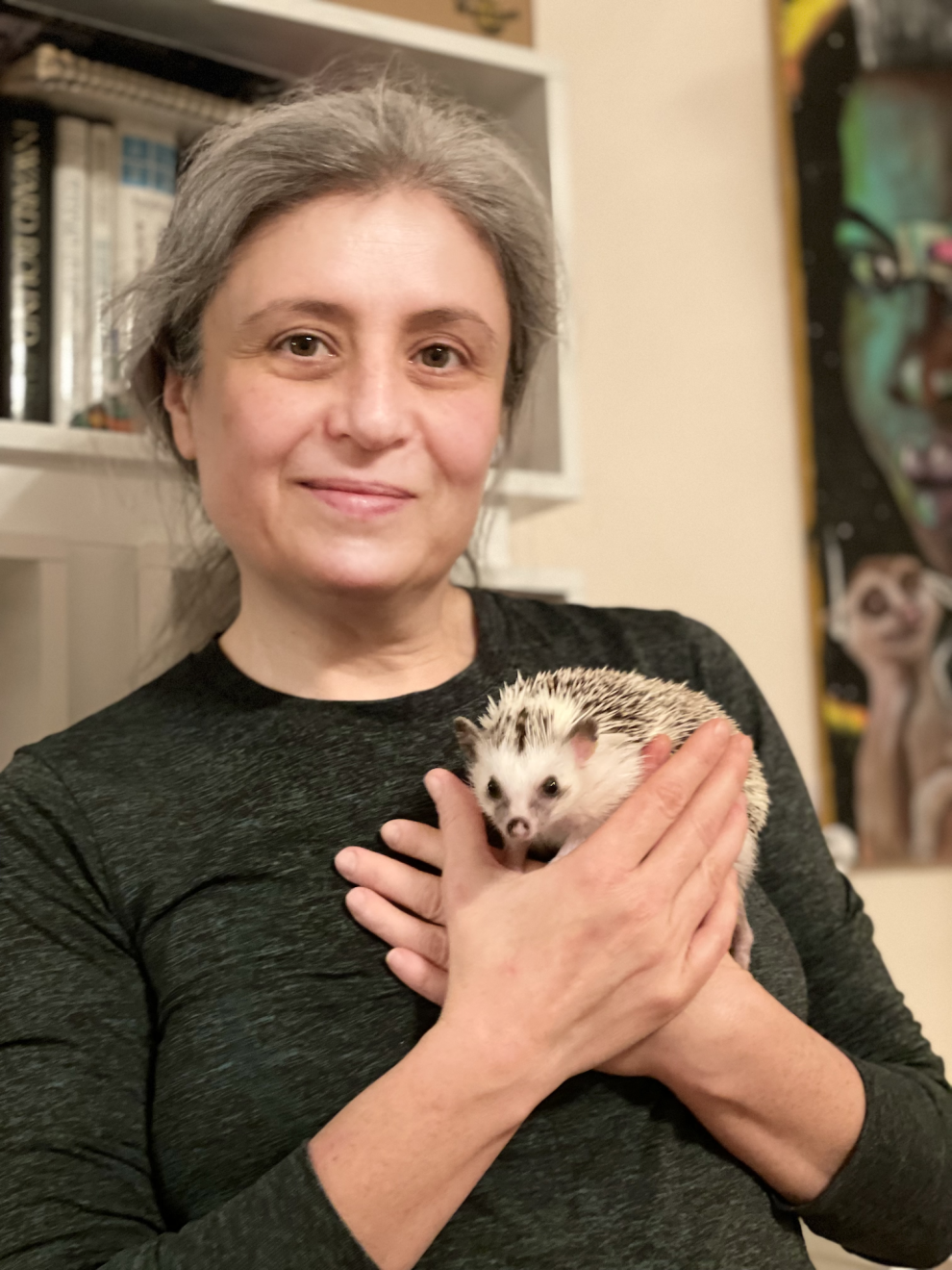 Worrying about her family in Ukraine, Ottawan Olga Streltchenko starts each day calling family members to make sure they are all accounted for. Among them are her cousin in Kyiv whose family sleeps in their basement, and her elderly uncle who is too frail to get to the bomb shelter. None of them expected war until they heard the explosions.

According to some etymological arguments, Ukraine means borderland - the land that has been crossed by, sojourned on, or inhabited by multiple peoples from close by and far away. In my family, there are at least six different ethnicities and four religious denominations in the generations closest to me, and that includes two distinct Jewish communities (Georgian and Ashkenazi). I grew up listening to three different languages (Russian, Ukrainian, German), but the only person who spoke Yiddish in my family was my ethnically German grandmother. This is because she grew up in the tailors’ quarter of Kyiv, since my great-grandfather was a tailor. (And guess who the rest of the tailors in Kyiv were?)

Almost everyone I grew up with lives in Kyiv, and most of them were unable to leave on Feb. 24, when Russia invaded. My parents and I start our day by reaching out and making sure everyone is accounted for. My cousin and his wife decided to stay as they recently had their first baby. My aunt left Kyiv with my other cousin and her three children – when I last spoke with them, they were about to cross into Romania. My cousin’s husband stayed in Kyiv. On my father’s side, my uncle is too old to go to a bomb shelter every night, so he just stays in his apartment. One of his sons is still in Kyiv, but separated by the Dnieper river, which has become difficult to cross.

I just called a cousin who lives in one of the suburbs of Kyiv, which is facing attack. I asked him whether it was planes or missiles flying overhead, and he said it was both. They are fortunate to have a basement in their home, where they sleep every night.

Friends in France reached out to offer to take people in. I have a relative who would like to go, and who is already safe in Poland with her three children. But she just learned that her niece may be in danger in Kyiv, and now is looking for a way to get the girl out.

None of them expected this to happen until they heard the explosions. It is still incomprehensible to us, all of us - here in Canada, or in Ukraine. It is incomprehensible because it is the will of a single person only. None of us can imagine others seeing any justice or benefit in it. But apparently, this is not the case. I hear first-hand accounts of people speaking to their relatives in Russia, who explain they think it was Ukraine that attacked Russia, or that it is a “political situation.” This is people speaking with their relatives under shelling!

Our country was not perfect, and for many years since independence, I did not exactly feel that I fit in - somebody with a Ukrainian last name, but from a Russian-speaking family and with Jewish roots. After the breakup of the Soviet Union, I felt the imposition of the Ukrainian language was too forceful and was not mindful of the bilingualism and multiculturalism of the country. But these sentiments seem so small now.

People from my adopted country have asked what they can do. Please let this atrocity bring out the best in you. Call your MP to demand that Canada do more. Give to the organizations that are keeping people alive in Ukraine. And find ways to help refugees already here.

Olga Streltchenko was born and raised in Kyiv. She works in financial risk management, and lives in Ottawa with her husband, teenage daughters and their pet hedgehog, Ksenia.